Yankees’ Rough Start Nothing to be Concerned About 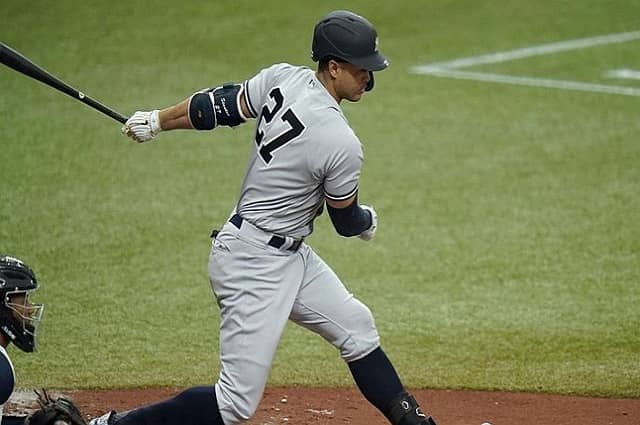 Yankees’ Rough Start Nothing to be Concerned About

While the COVID-shortened 2020 MLB season might have been considered a sprint, the 2021 season is a return to baseball as we know it.

The 162-game schedule is a marathon, not a 40-yard dash. A team that consistently performs well will have more success than a team that has streaky stretches. It comes down to executing the fundamentals game in and game out. The team that does so wins more often than not.

The New York Yankees  need to remind themselves that this season is a marathon and not a 40-yard dash.

The Yankees roster is loaded with stars and it would be foolish to discount them as contenders at this point in the season. However, in the early part of the 2021 season, the Yankees find themselves in last place in the AL East with a 6-10 record as of April 21.

There are a number of reasons why the Yankees reign atop the division is currently being challenged. First, we’ll go with the obvious: The Toronto Blue Jays.

With their progeny trio of Cavan Biggio, Vladimir Guerrero Jr. and Bo Bichette the Jays will be a team to watch all season long and for years to come. Toronto has a good bullpen and bench players that can slide into the lineup and make an impact. Their main question mark right now is the back end of their starting rotation.

While the Blue Jays are a threat to the Yankees’ reign, their long-time rivals have situated themselves atop the division. Yes, the Boston Red Sox, a team projected to finish 3rd or 4th in the division sits solely in 1st place with a 12-6 record.

While the Yankees need to climb out of a hole to win the AL East, bookmakers are still sticking with them to win the division. Listed at -175 (Betway) to win the AL East, it seems as if bookies aren’t worried about the first few weeks of the MLB season. It will be interesting to see how standings and odds will change once we get into the dog days of July and August.

Boston’s quick start hasn’t improved their odds to win the division. The Red Sox sit at +500 to win the AL East, which is still better than the Tampa Bay Rays at +900.

Bookmakers, like baseball teams, know all too well that the season isn’t decided by a quick start. While it’s nice to get out to a hot start, eventually things will even out. The MLB isn’t prone to Cinderella stories and bookmakers want to stick to their guns before swaying odds to an unlikely winner.

The Kansas City Royals are another example of a quick start that hasn’t dramatically impacted division odds. The Royals are atop the AL Central but are clear underdogs to win the division. The Chicago White Sox, Minnesota Twins, and Cleveland Indians all own better odds than the Royals, who are listed at +1600 to win the AL Central.

Major League Baseball is seeing a trend of projected basement dwellers succeeding in the early going of the season. The Mariners sit in first place in the AL West, while the Cincinnati Reds are in first in the NL Central. Is this sustainable? It’s unknown this early in the season.

While winning at the start of the season is nice, can the Red Sox, Mariners or Royals continue this trend? Playing .500 baseball from here on out may not be enough for them to remain at the top of the division.

Parity is extremely difficult to find in the MLB. Right now, no team is out of the race, which is great for professional baseball and its fans.

The Mariners, Royals, and Red Sox will need to maintain their winning ways for the remainder of the season if they want to compete for the division title or a wildcard spot. With so many stronger teams (on paper) right on their tails, anything can happen.

The first few weeks of the 2021 season have made for interesting conversations about some teams. However, what will we be saying at the end of this marathon?