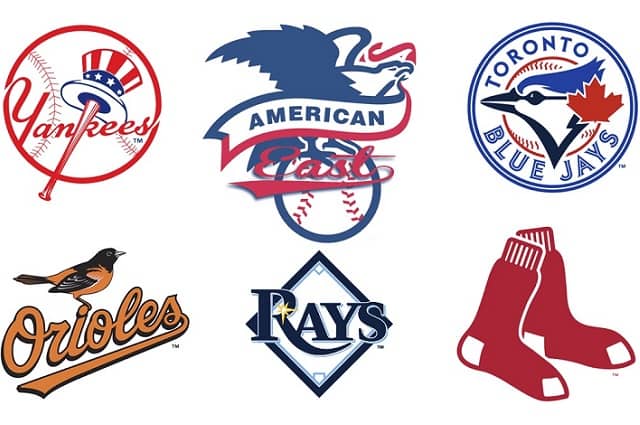 It’s almost time to “play ball” as the 2021 Major League Baseball season gets underway April 1.  That’s great news considering we were given the short end of the stick with last year’s 60-game COVID-shortened season. The excitement for the game of baseball seems to be heading in the right direction with a new crop of exciting, young players. There are new teams who are gunning for the top of divisions and new rivalries that should bring a spark. We will break down every division as the season gets closer. Here’s the AL East.

This is a division that has had a tough time finding a consistent winner over the last 15 years. The best stretch recently is the Boston Red Sox who won three-straight division titles 2016-2018, but outside of that, this division is always up for grabs. This year is no different as the Tampa Bay Rays division title from a year ago will be threatened by a New York Yankees squad that made some upgrades in the offseason.

The Rays are coming off an exciting World Series run where they gave the Dodgers a good run for their money but ultimately fell short. A lot of blame was pinned on manager Kevin Cash for his interesting managerial decisions with the pitching staff, most notably pulling Blake Snell in the final game of the series. The Rays are now without their ace after he was traded to the San Diego Padres. They also lost Charlie Morton, so starting pitching is questionable at this point.  Perhaps free agents Michael Wacha and Chris Archer will help, but neither of them has the pedigree of Snell and Morton.  Losing slugger Hunter Renfroe won’t help the offense.

That’s great news for the New York Yankees who are a World Series favorite in the American League for what seems like the 10th straight year. New York has fallen short time and time again, since their last championship in 2009, despite having one of the most loaded rosters in baseball. They signed Corey Kluber in free agency and are certainly hoping he pitches more than the one inning he did for the Texas Rangers last year.  Re-signing DJ LeMahieu was a must.  Manager Aaron Boone had pacemaker surgery this month so hopefully the team won’t stress him too much this season.

The most intriguing team in this division is the Toronto Blue Jays. They made the playoffs last season on the backs of their young progeny studs Vlad Guerrero Jr., Bo Bichette, and Cavan Biggio. After inking deals with three-time AL All-Star George Springer, shortstop Marcus Semien, and re-signing pitcher Robbie Ray, the Jays seem all in. Third base is up for grabs, but they have two good prospects that should ultimately settle the position. The Jays could battle with the Yankees for the division title, but their lack of quality starting pitching could hurt unless top prospect Nate Pearson can make an impact.

Mark my words, the Boston Red Sox will be much better than people are predicting. Manager Alex Cora is back after being suspended for his involvement in the Houston Astros cheating scandal.  Their best three pitchers are back as well.  Losing All-Star, Gold Glove centerfielder Jackie Bradley Jr. didn’t help though.  The team hired operations director Chaim Bloom away from their division rival Tampa in the 2019 offseason. Since then, the team has made some very under-the-radar moves that compare to what Bloom did previously and the team will rely on his ingenuity to make things work just like he did for Tampa.

And finally, the Baltimore Orioles are still in the cellar of this division. That hasn’t changed and probably won’t for some time. While lacking any superstars, the team does have some young, exciting pitching prospects in Dean Kremer, Keegan Akin and Bruce Zimmerman.  However, their lack of starting pitching depth is a concern.  While improved, their bullpen is still a work in progress after their league worst 2019 showing. The O’s did practically nothing in the offseason and are playing a patient rebuilding game with one of the best farm systems in baseball. Manager Brandon Hyde better be prepared for a long, losing season.