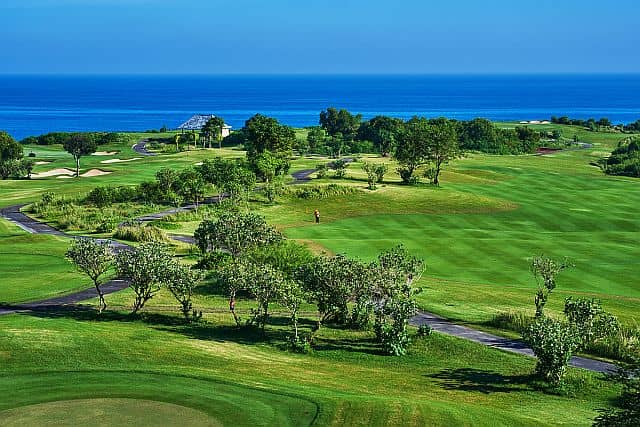 There are only four major golf tournaments in the calendar season, and we are getting one this week with the U.S. Open which will be played at Torrey Pines in La Jolla, California. This is the first time that the tournament has been hosted at Torrey Pines since 2008 when none other than Tiger Woods took home the trophy.

There is a lot to watch for in this tournament.  Can Phil Mickelson follow-up his Masters Tournament victory and join the group of five men who have won the career grand slam?  Patrick Cantlay will look to stay atop the FedEx Cup standings after his win at the Memorial Tournament and there will be plenty of drama between Brooks Koepka and Bryson DeChambeau.

If you haven’t seen it, those two have had quite the online feud since Koepka cursed and rolled his eyes as Dechambeau walked behind him during an interview last month. It has led to fans being ejected for calling Dechambeau by the name “Brooksy” over the last few weeks. There are plenty of people rooting for those two to be in the opening round group on Thursday.

These players are no strangers to Torrey Pines as the Farmers Tournament is played there yearly, but the U.S. Open is played on the South course which is longer than the Farmers course. The fairways are covered in sand with 50 percent of land covered by bunkers, and they can expect tough putting surfaces. Last year, the U.S. Open drew plenty of attention at Winged Foot for how brutally hard it was to putt on some of those surfaces and I can see that being a trend yet again this year in California.

The favorite to win the tournament is Jon Rahm who was disqualified from the Memorial Tournament less than two weeks after a positive COVID-19 test was detected. He has yet to win a U.S. Open Championship and is still looking for his first major championship. The closest he has come was tying for third in 2019 at the U.S. Open. He has been playing at the top of his game in recent matches and now with the COVID bout in his past, he will be more determined than ever to show that he deserves to win after having the Memorial almost-certain victory snatched from him.

Another interesting player to watch will be Dustin Johnson. The world’s number one player hasn’t notched a win since he took home the green jacket back in November 2020. He was tied for second last week through 36 holes and may be returning to his old self. Johnson won the U.S. Open in 2016. He is number one in the world for a reason and should be in the hunting for a top-5 finish.

Another name you must look out for is Jordan Spieth who is coming off a couple of excellent performances over the last two months, including a win in May. He has won the U.S. Open before and would love to add another major championship to his resume to really get back on track.

The tournament is being aired on Peacock, NBC, and the Golf Channel and the first round will begin on Thursday with the tournament ending Sunday evening pacific time.