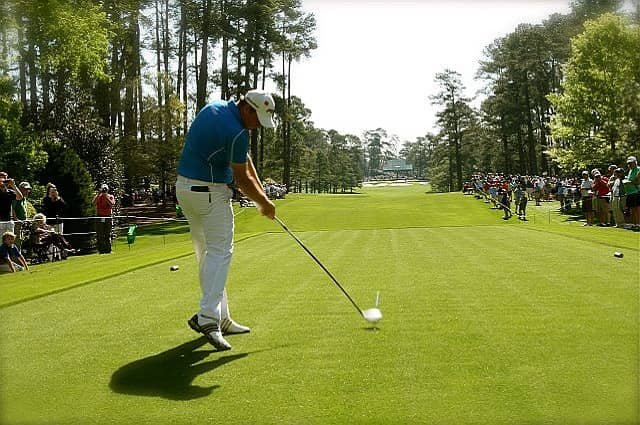 The best week in golf is here and Augusta National will be buzzing this weekend as the tournament announced that a limited number of spectators will be allowed to watch the matches in person after being banned last November because of COVID-19.

The Masters Tournament is not only the best golf tournament because of the history that it embodies, but also because this tournament is solely designated for the best players in the world.  This guarantees that we will see the most talented golfers teeing it up this weekend for the chance at winning the most coveted prize in golf, the green jacket.

Last November, Dustin Johnson cruised to an easy victory. His 72-hole score of 268 (20-under par) is the lowest such score in the history of a tournament that has been played 84 times. It broke a mark previously held by Tiger Woods (1997) and Jordan Spieth (2015). The match wasn’t particularly close as he won by five strokes.

This year, Woods will not be playing in the Masters. He was injured in a horrible car accident that left him with fractures in both his legs. According to a New York Times story published Wednesday, Woods was driving 85 mph in a 45mph zone when the wreck occurred.

This year, there are a couple of intriguing options when it comes to who may win it all. Of course, the frontrunner is Johnson. After winning it all just six months ago, it is hard to bet against the world’s number one player. However, back-to-back championships are rare in storied history of the course.  Jack Nicklaus (1965 and 1966), Nick Faldo (1989 and 1990) and Woods (2001 and 2002) are the only three golfers to ever win the tournament in back-to-back years. That makes Johnson’s chances of actually doing it much slimmer.

After Johnson, Spieth and Justin Thomas are interesting options as possible champions. Thomas is coming off a win at the Players Championship. He finished fourth at the Master’s in 2020 and is hoping to win his second major championship. Right now, he sits at the top of the PGA money list for 2021, winning over $5 million on the year and taking home five top-10 finishes.

Spieth of course is coming off a win at the Texas Valero Open. That marked Spieth’s first victory since 2017, but over the last month and a half he has played excellent golf. It all started with an excellent round at the Waste Management Phoenix Open in early February and he has used that momentum to position himself nicely right before he plays at Augusta.

One of my favorite picks for this Master’s Tournament that is a bit off the wall is Cameron Smith. Despite making his tour debut less than a year ago, Smith played extremely well at the Master’s in 2020. He finished second and nearly set a course record. Since that tournament in November, he has two top-10 and two top-20 finishes. Smith could be a sneaky underdog after proving he can play one of the most difficult courses very well.