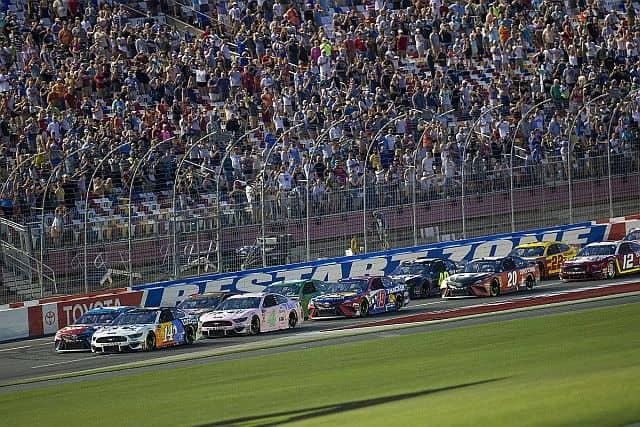 We are just about at the halfway point of the NASCAR Cup Series season with the conclusion of the Coca-Cola 600. It has been a fun year and we are thankful to see everything working out well after the disaster that was 2020 and all the negative events that surrounded the sport.

There are a lot of familiar names in the top-5 and top-10 categories of racers this season, but there certainly has been a bit of a push from the youth movement in the sport that has begun to dominate at many races. For instance, 23-year-old William Byron is undoubtedly making a massive name for himself in the sport with 12 top-10 results in his last 13 races and has finished fourth in three of his last four races. He may be young, but he is hungry and turning heads at each event. He has one win this year at the Dixie Vodka 400.

While Denny Hamlin leads in points, in my opinion, the top racer this season has been Kyle Larson. He is coming off a win at the Coca Cola 600 and was runner-up in the three races before this last one. Amazingly, he has led in 51 percent of the laps during that span and is going to be right around the top of the line throughout the season. He scored 70 points in the Coca Cola stages, the max number of points he could have earned.

Right behind him would be Chase Elliot, which is no big surprise. He has been outstanding this season and finished runner-up at the Coca Cola 600. He now has three consecutive top-three finishes and is right near the top in most of his races this season. There is going to be a shootout between Elliot and Larson all season long and it is just getting started.

One of the bigger surprises in the most recent races of the season has been the struggles of Martin Truex Jr. He has three wins so far in 2021 but his most recent stretch has been shocking to say the least for a guy of his ability. He has finished 19th, 35th, and 29th in his last three races. His team struggled in the most recent outing when they were unable to get a wheel off and it completely took him out of the running of the race. But he has the most wins from any driver this season and it would be foolish to think that his season won’t turn around here very soon.

We are just about a week away from the NASCAR All-Star race which will be held on Sunday June 13 at Texas Motor Speedway. This year, there will be a six-round format in place. The final lap will be just 10 laps and the starting positions will come from how each driver finished in round five. During the fourth round, every car must make a pit-stop and the fastest pit will win $100,000. The winner of the NASCAR All Star race will get to take home $900,000.