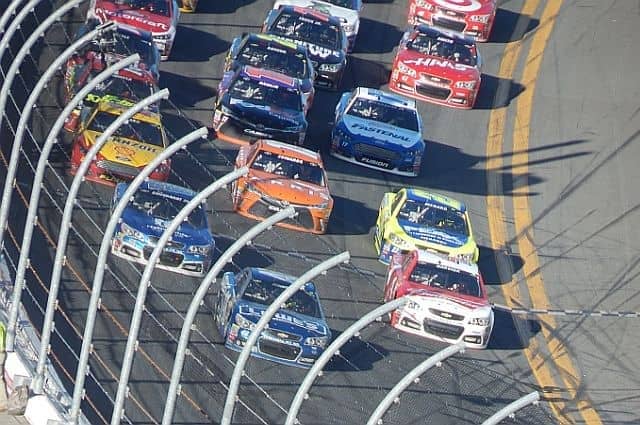 NASCAR is racing to the 2022 All-Star break being held at Texas Motor Speedway in Fort Worth on May 22. It’s been a great season so far with some familiar names at the top and a couple of surprises that have kept things interesting. This has been a massively different season for NASCAR with new cars and new teams and it’s proving to be a fun one. Here’s our mid-season update as we head into the NASCAR All Star race weekend.

Chase Elliot leads the way in first place. He is looking to recapture a NASCAR Cup Series Championship for the first time since 2020. Popular as ever, Elliot has been fueled by his fans as he’s won a race, finished top 5 three times and top 10 nine times. He has a 52-point lead over Ryan Blaney heading into the non-points race this weekend.

Blaney is building off an extremely strong 2021 season where he finished seventh overall. This season, he has no wins but has seven top 10 finishes.

In third is Kyle Busch, a driver who will not go away so easily and likely has the first two men feeling the heat. Busch has a win this season but has not led a ton of laps, hurting his overall score.

Rounding out the top four is William Byron. At just 24-years-old, Byron is also building off a strong 2021 season where he was a top 10 driver in the sport. This year, he has claimed two wins and has led 569 laps, over 200 more than any other driver. Byron will need to focus on finishing the races he has led if he wants to climb to the top.

The best drivers in the world will race at Texas Motor Speedway. The format this year essentially consists of 125 laps broken into four stages. The winner at the end will be paid out $1 million. There are no points that go to the winning driver.

Only drivers who are past Cup Series Champions, won a NASCAR Cup race in 2021 or 2022 or won a previous All-Star Race are eligible this year. There is also a fan vote that will allow one other driver to enter the race.

The betting favorite to take home the crown is Kyle Larson, the defending champ of the race. He has just one win this season and is currently ninth in the standings. My favorite pick is William Byron who has great value at +800 and has shown that he can be a star.

Kyle Busch’s contract with Joe Gibbs Racing ends following this season and it is clear that Toyota Racing Development president David Wilson wants him on the team until his retirement. Busch has recently said that you should “ask Joe Gibbs” whether he will be with the team following this year, sensing a bit of frustration about contract talks. He has 56 wins with Joe Gibbs Racing over his career there, which began in 2008. To lose Busch would be a massive blow for the team from a performance standpoint and for fans.