Spiciest Foods In The World 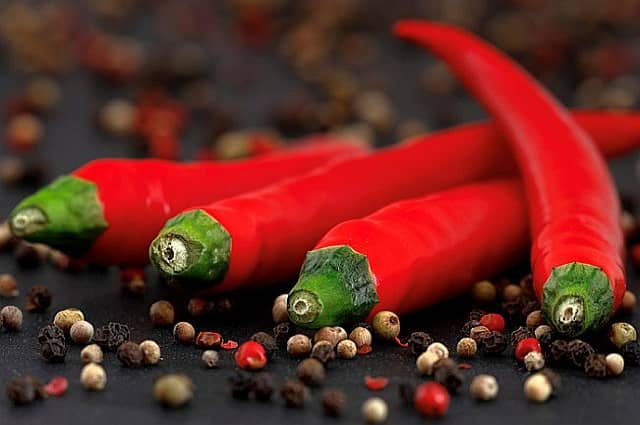 Spiciest Foods In The World

Ever wondered what the spiciest foods in the world are? Ghost peppers usually get top billing, but they’re not always called ghost peppers. In India, there is a meal that burns like a crematorium, and yet somehow manages to satisfy the taste buds of locals and a handful of tourists. It’s known as Indian vindaloo. It is best paired with a yogurt drink, naan, or rice. This particular meal is like a traditional Indian curry on steroids.

The inimitable kahmiri chili is solely responsible for the burn factor in this dish. If you don’t like spicy food, it will make you cry like a baby. This curry is available with many different types of meat such as pork, beef, chicken, et al. The vindaloo pork dish is Portuguese in origin, but unlike their European counterparts, the Indians replaced the wine for palm vinegar and extra hot red peppers. Throw in some mixed masala curry, and you’ve got a recipe for a fast burn!

Thai Tom Yum will have you Sniffling & Drooling

Thailand is one of a handful of countries where spicy foods are a daily reality. You get spicy, and then there is Thai food. Tom yum is one such sour and spicy soup made in the orient, which can certainly set your taste buds ablaze. The ingredients include fish sauce, lime juice, Kafir lime leaves, lemongrass, galangal, and spicy ingredients. As a newbie to the spicy food arena, you can always identify the degree of burn by the color of the liquid in the Tom yum. If it’s bright orange or blood red, beware. It’s going to burn you, big time!

Need a breather? How about a Spicy Distraction?

When beads of sweat start forming at your brow, and your tongue starts blistering, it’s time to take a little time out. There’s no need to lose focus entirely – you can stay on point with something like Hot Chilli Slot Game. Granted, you probably won’t be able to focus too well on any game when your mouth is filled with blazing hot ghost peppers. Luckily, you don’t have to worry about strategy since all you’ve got to do is click a spin button. This spicy slot features three reels, nine pay lines, and is considered a medium/high volatility slot with chili peppers as the main theme. It’s got some burn to it, but you won’t feel a thing since this is a virtual burn and your mouth is 100% safe!

An Urban Legend or Simpsons Gobbledygook?

Legend has it that a mental asylum in Guatemala has inmates that cultivate the Quetzlzacatenango peppers. An American police chief (Chief Wiggum) fashioned a meal of chili, beans, and meat, incorporating this super-spicy ingredient in the dish. These chilies are said to be excruciatingly spicy, to the point that there may even cause hallucinations. Truth be told, this modern-day urban legend was the work of Matt Groening of Simpson’s fame back in 1997 when Homer Simpson tried the world’s hottest chili, known as the Red Savina habanero at 577k SHU.

Further afield, in the southern reaches of Africa is the majestic country of South Africa. In this country, food is as varied as the people. Different groups of people have different cultures and culinary habits. Among the Afrikaans population, biltong has built up quite a reputation as a delicacy. This is the South African equivalent of beef jerky or any jerky for that matter. Spicy biltong or spicy chili biltong is quite the attraction. While it certainly pales in comparison to what the subcontinent definition of spicy food should taste like, it’s got just enough burn to have you reaching for your glass of water on every tasty morsel that you’re chewing!