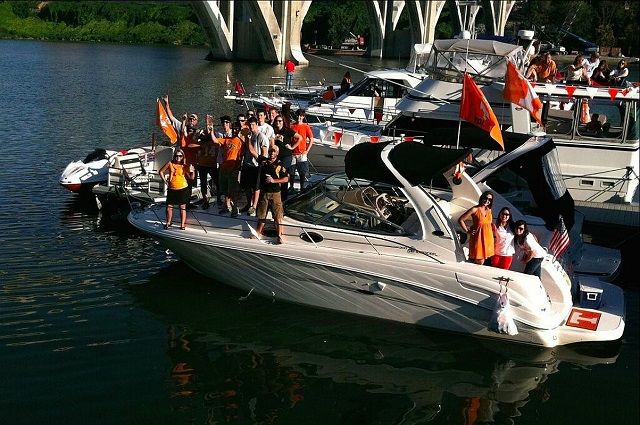 In his first season as head coach last year, Jeremy Pruitt really had nowhere to go but up, following the disastrous 2017 season in which the Volunteers only won four games and dismissed coach Butch Jones before the end of his fifth season in Knoxville. While the rise wasn’t dramatic—five wins compared to four—it did include victories over then-ranked opponents.

A top-15 recruiting class and a couple of coaching changes give the Vols even more hope for the upcoming season. If they fall short, well, there’s always a great tailgating scene to rely on.

Tailgating in the South borders on a religious experience. Some Volunteer fans get “baptized” by arriving for the game via the Vol Navy, where boats are anchored on the Tennessee River as far as the eye can see. Neyland Stadium is one of only three U.S. college stadiums on the water, making sailgating possible.

If you prefer a landlocked tailgate, parking lots are scattered throughout the Fort Sanders neighborhood, aka The Fort, not far from the campus.

A few hours before the game, the Vol Walk pumps up the spirits as the Pride of the Southland Marching band escorts the football team and coaches into the stadium. Throw in over 100,000 fans singing “Rocky Top,” along with the Vol’s color-coordinating tradition of each stadium section alternately wearing orange and white to create a vibrant checkerboard, and you’ve got the recipe for some down-home, gridiron fun. Assuming you’re not seasick, of course. 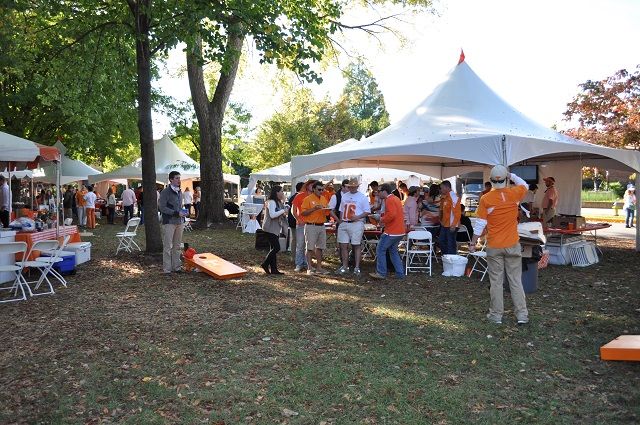