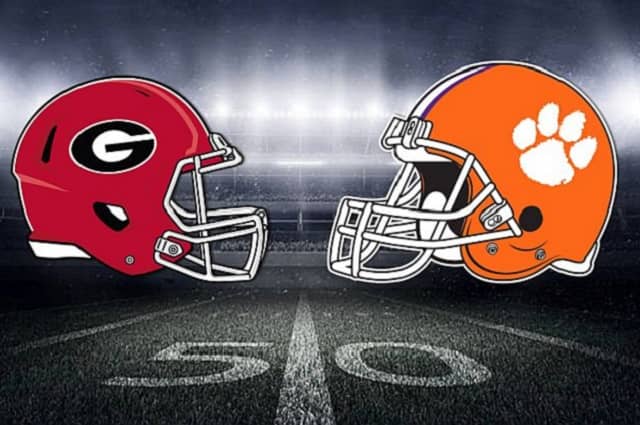 We are ready to welcome the first full week of the 2021 college football season and what a week it appears to be.  It isn’t often that we get so many top 25 matchups in the first week of the season, but 2021 is a little bit different. This year we have five different matchups between two teams in the top 25. There are a ton of great games to sit down and watch and in this article, we will break down the top three.

We don’t always get week one matchups that are this good, so I am amped to watch these two go after it. Of course, Clemson is a virtual pre-season shoo-in to be in the College Football Playoffs and are being tabbed as a National Championship favorite. Meanwhile, Georgia has a great defense, a stellar offense and they’re hoping for a massive year out of quarterback JT Daniels. Georgia coach Kirby Smart has caught a lot of heat since his failed natty appearance following the 2017 season, and this could be the ultimate win to start the season for his team.

If the Bulldogs lose here, they might erase themselves from CFP talks for the rest of the season. Clemson is already ridiculed for not having a tough schedule, so this is a nice “prove-it” game for the Tigers right out of the gate and a must-win if they’d like a chance at the National Championship game. The Tigers are a tight favorite in this game, and they should be able to pull it off at a neutral stadium. Prediction: Clemson 28 Georgia 24

The Crimson Tide are coming off a National Championship victory and are hungry for another. Nick Saban has been able to repeat as a national champ just once in his career back in 2011 and 2012. This Crimson Tide team is very young and inexperienced after losing a ton of stars to the NFL Draft. Now, they’ll hand the keys to quarterback Bryce Young and see if he can produce.

The Hurricanes are coming off a nice 2020 campaign and will have star quarterback D’Eriq King back under center who made headlines weekly since July 1 with mammoth NIL deals that have made him a very rich student-athlete. The Canes have a very bright future ahead of them, but I am not so confident that this starts in week one against the almighty Tide. Bama is a huge favorite in this game. Prediction: Alabama 41 Miami 27

I could have certainly picked Penn State/Wisconsin or Indiana/Iowa for our third top college football game week one but let me explain why I am choosing the Ragin’ Cajuns versus the Longhorns. UT flipped college athletics on its head this offseason with their announcement of moving to the SEC and you’d better believe that the country will be rooting against them this season. On top of that, Steve Sarkisian is now the head coach in Austin and all eyes will be on the first-year head coach in his debut.

For the casual fan, this matchup might look like nothing, but if you’ve been paying attention to college football recently, you know that Billy Napier’s team from Lafayette is very good, and he is a hot name on the coaching market. If they can pull an upset in week one on a national stage, UT will face coast-to-coast humiliation and Napier will lock himself in as one of the most wanted coaches in the country. The Longhorns are more than a touchdown favorite here, but I am smelling an upset. Prediction: Louisiana 35 Texas 31