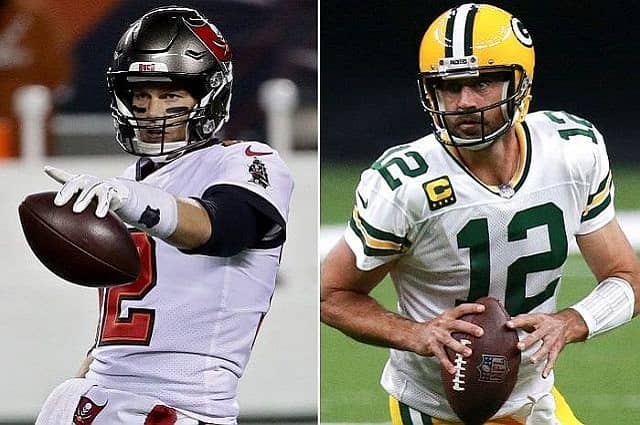 It was an incredible second week in the NFL, somehow topping the great games that we saw in the first week. For the first time in NFL history, there were two 20-point halftime leads blown in the same week – sorry Las Vegas and Baltimore, but congrats Arizona and Miami respectively. The finish to the Cleveland and NY Jets game was surreal and the Buffalo Bills look unstoppable. The big news was that San Francisco 49ers QB Trey Lance will be lost for the season, so the team not trading Jimmy G is proving to be genius. Let’s look at the top 3 2022 NFL games week 3.

The Bucs will play in their home opener on Sunday against Aaron Rodgers and the Green Bay Packers. The Bucs had a hard-fought win against New Orleans last week to break a nasty regular season losing streak to the Saints. Tampa was powered by its defense which absolutely shut down Jameis Winston. There is a big question surrounding the Bucs offense and its lackluster start through two games. The Packers, meanwhile, picked up their first win against Chicago on Sunday night. Rodgers leaned heavily on RB Aaron Jones and the Packers looked like their normal powerful selves. This could be a future look at the NFC Championship Game and perhaps our final Brady vs Rodgers contest. Prediction: Packers 20 Buccaneers 24

The Cardinals had one of the best wins of Week 2 with a huge comeback that ended in overtime when Raiders WR Hunter Renfrow was stripped after a reception, and the Cards ran it back for the game-winning touchdown. This Arizona offense has started slowly two straight weeks. They may not have that luxury against the LA Rams who quickly scored points Sunday against Atlanta before nearly blowing their own lead at home. This has been a fun rivalry to watch over the last few years and there’s no reason to believe it won’t continue. The Rams have not shown off a great defense through two weeks and if Arizona can start hot, we may have a big-time shootout in the desert in Week 3. But at the end of the day, I would go with Matt Stafford and the Super Bowl champs who happen to have the best wide receiver in the NFL in Cooper Kupp. Prediction: Rams 34 Cardinals 31

The Dolphins looked down and out for the count against the Baltimore Ravens before scoring 28 points in the fourth quarter and pulling off one of the best comebacks that we have seen in a longtime. Tua was fantastic, tossing six touchdowns and showing off the speed of his new, shiny weapons on offense. They are 2-0, with two wins over two supposedly good teams, so this matchup against Buffalo should live up to the billing. Buffalo is coming off another massive win. They’ve utterly destroyed the Rams and the Titans, two teams that realistically could win their divisions. Tua has been atrocious against the Bills in previous outings, which gives me some pause and the Bills are a team that I see losing just two or three games this entire season. I love what Miami did last week, but there is no one on the planet that’s hotter than this Bills squad. Prediction: Bills 35 Dolphins 21