NFL Mock Draft Round One 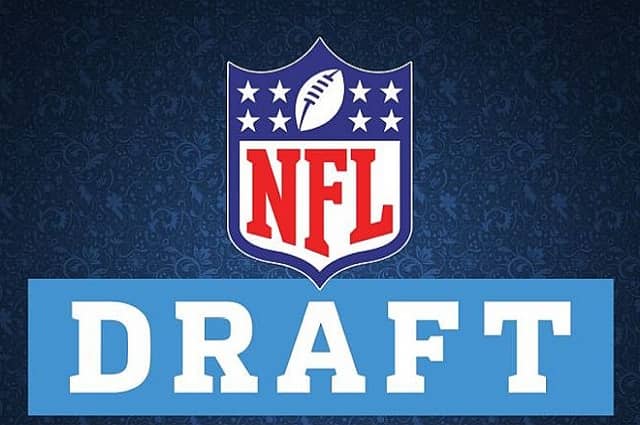 NFL Mock Draft Round One

Now on the clock: The NFL Draft. It is one of the best weekends in sports, as elite college players are fulfilling their dreams of playing in the National Football League. This draft will be quarterback heavy in the first round and there could be some wild trades and lots of drama within the top 10 picks.  All of which makes for an exciting night. Several teams have plenty of needs that’s for sure. So, without further ado, here is our NFL Round 1 Mock Draft.

This should come as no surprise. Lawrence is maybe the top quarterback prospect since Andrew Luck and the Jags will be taking the best player available here. Lawrence could start in the NFL for the next 10 years plus and taking him is a no-brainer.

After trading Sam Darnold, the Jets need a quarterback. They have their pick at the best remaining four, but all reports indicate that Wilson is their guy. There are certainly concerns with him coming out of BYU, but scouts seem to prefer him over Justin Fields.

The Niners are drafting a QB here but must decide which one. Trey Lance from FCS powerhouse NDSU is the most intriguing prospect in the draft, and he has massive upside. There are a lot of questions about him, but the 49ers have the option of sitting him behind Jimmy Garoppolo for a year or two to develop.

There is a chance that Atlanta trades down here and stockpiles picks, but Pitts is easily the most talented prospect in this draft and I don’t think it is crazy to say that he could be a Hall of Fame tight end. With Matt Ryan’s contract being too difficult to move, Pitts is the weapon of choice.

This is where drama could really start. Do the Bengals take Joe Burrow’s favorite wide receiver from college or do they lock up a 10-year tackle? I think the smart choice is drafting Penei Sewell, but reuniting Burrow and Chase seems too good to be true.

Once one wideout goes, expect the top three guys to fly off the board. Waddle had a season-ending injury last year, but I don’t think Devonta Smith wins the Heisman if this guy is on the field. Waddle is explosive and played with Tua Tagovailoa in college. He is a perfect fit to add speed to a Dolphins offense that desperately needs it.

Dan Campbell wants guys who are big, tough and strong.  Micah Parsons is that guy. He is the top linebacker in this draft, and we have seen the impact of playmaking linebackers in this league. Parsons could drop beyond this, but this is my pick if I am the Lions.

After trading for Sam Darnold this offseason, it doesn’t make sense for the Panthers to draft Justin Fields. Instead, they focus on getting Heisman winner Smith as their top two current wideouts are free agents after this year and they can’t bring back both.

The Broncos want to bring in a guy that will push forward or push out Drew Lock and getting Fields to drop to nine is ideal for them. They are getting a college winner who has a big arm and a lot of speed and could be a franchise quarterback if developed correctly.

I know the Cowboys need a ton of help on the defensive side of the ball but if Sewell is still on the board at number 10, you must snatch him up. This guy could be an All-Pro for many years to come and Dallas should focus on protecting Dak Prescott.

This is another team that needs to protect their new quarterback.

The Patriots stick to their spot and still get their quarterback. He learns behind Cam for a year and then takes over.

Farley may need another surgery and if there is one coach crazy enough to overlook that, it may just be Jon Gruden.

If Tucker falls this far in the draft, the Bears must scoop him up.

The Jets have a ton of picks in the first 50 selections and Zaven Collins is a special linebacker who can become an instant starter.

The Ravens know they need a wide receiver and Bateman seems to be flying up the draft boards.

If the Bucs decide they want to really up their offense, Harris is the pick.