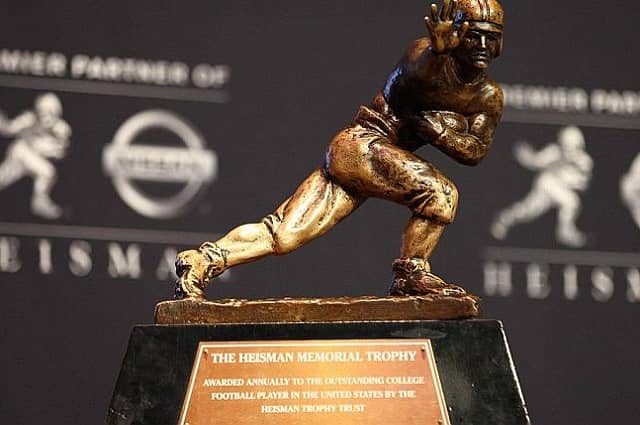 It has been a unique college football season to say the least, some teams have played every game they were supposed to, while others have missed weeks at a time. This has been detrimental to the hopes of some programs hoping to make the College Football Playoff, while it has helped others shine because of it. The same can be said for players hoping to hear their name called on January 5 in a virtual announcement for the Heisman Trophy. There have been some incredible performances, mostly by quarterbacks (shocker). Here are the Top 3 candidates for the Heisman Trophy.

Trask has a pretty incredible story as a guy who never started a game in high school as a quarterback to fill in last year for an injured Felipe Franks to lead the Gators to one of the best offensive performances in more than a decade. Trask has thrown for 28 touchdowns in his first six games this season, that’s an SEC record. To put that into perspective, Trask beat out QB’s like Peyton Manning, Eli Manning, Tim Tebow, Cam Newton, Tua Tagovailoa and Joe Namath. He has six straight games with four or more passing scores and is piling up points. Florida is the best they have been since the Tim Tebow days and much of that credit belongs to Trask. Despite a poor defensive showing by the Gators Trask has been leading them to victories.

This was the obvious choice coming into the season and many insiders and experts would argue that he is still the top choice for the Heisman Trophy Award. Lawrence and the Tigers have lost one game, in which Lawrence was sidelined due to COVID-19. Despite missing two games, he has thrown 17 touchdown passes and seemed to be running away with the award before the coronavirus setback. Lawrence has thrown just two interceptions all season but missing two games may knock him out of the running for the coveted award. Another thing to consider ….Lawrence, whose numbers are now behind Trask, has the best wide receiving corps and running backs in the nation, a lot of help may actually hurt him in this award.

Fields is another guy who has been hurt by a lack of games, he has played just three games so far this season. In those three games, Fields has thrown 11 touchdowns and somehow has thrown only 11 incompletions as well for an incredible 86.7 completion percentage.  This guy has been on and it shows in the numbers. He has a QBR of 96.4 which is the highest in the FBS and has looked untouchable when he’s taken the field so far. While Fields will be hurt by the lack of games, this week he will take on #9 Indiana which is his final chance to truly shine and play the best game of the season. After this week, he will face three unranked opponents who have been largely unimpressive up to this point in the year.