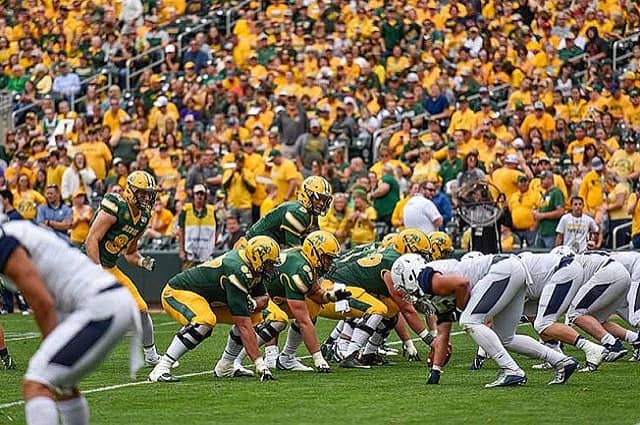 While the FCS Playoff format is a bit different this year, one thing remains constant – North Dakota State University will be striving for the National Championship once again.  The Bison have had one of the most dominant runs in football history – at any level – that we have ever seen.  And, more than likely, unlike anything we’ll ever see again.

The Division I FCS playoffs began in 2004 and the Bison have been eligible after moving up from Division II since 2008. They made their first trip to the FCS postseason in 2010 and since the beginning of the 2011 season they have dominated opponents to the tune of a 134-10 won/loss record and eight national championships. The program has another eight Division II titles, but we will push those aside for this article.

Simply put, not even Nick Saban’s Alabama Crimson Tide has done what the North Dakota State football program has done since 2010. They have come close but not the same. And before the argument is made, “isn’t FCS easier than FBS?” Maybe the talent level is slightly less, but that doesn’t make it any easier competitively for NDSU who is recruiting from the same pool of players as most of the other FCS programs.

But this year, it is different. It doesn’t seem like this is the same Bison team that we have become accustomed to watching in the FCS playoffs. Instead of going for their fourth-straight championship as a top team in the playoff bracket, they are coming in unranked. This is a team who lost their star quarterback, Trey Lance, because he wanted to focus on the NFL Draft  process.

Obviously, that was the right decision given he is projected as a possible top-10 pick and the draft is just days away. But it has left the Bison without a true battle-tested, experienced quarterback heading into these playoffs. Senior Zeb Noland only threw 14 passes in the 2019 season.  After taking over for Lance this season, he threw more interceptions than touchdowns and barely completed 50% of his passes.

On top of that, North Dakota State lost two games this season. The last time they lost two games in a season was in 2016 when they played 14 total games. It is also worth noting that Chris Klieman, the man responsible for four National Championships, left NDSU following the 2018 season to take the Kansas State job. In his first year as the new head coach, Matt Entz did win a title, but he doesn’t have four to his name.

This North Dakota State football program is legendary, as is their tailgating, and they are arguably one of the most successful sports dynasties of all-time, or at least up there for consideration along with the New England Patriots, Alabama Crimson Tide, Chicago Bulls, and New York Yankees. But this team might have to deal with a down year before they return to the championship game. This has been an unprecedented year for football in the FCS, and I have no doubt that this team will once again reach the highest stage, just not this year.