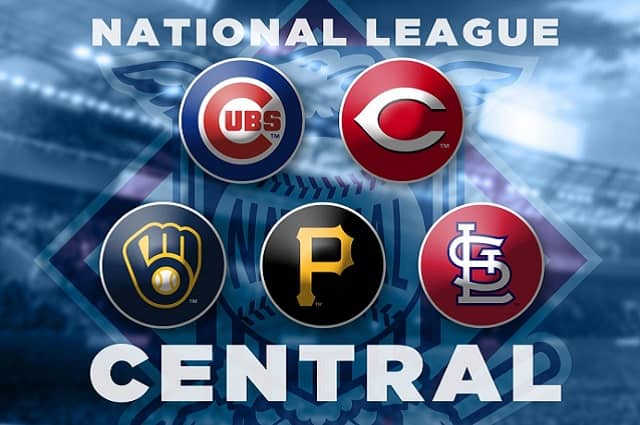 Hallelujah, baseball is back. After a grueling MLB lockout, it is nice that players have reported for Spring Training and that the season is nearly here. It was a great 2021 season where the Braves knocked off the almighty Dodgers and Astros on their way to a World Series victory. We saw the emergence of new superstars, different teams rise to the top, and former powerhouses sink to the bottom. With the season fast approaching, let’s catch you up on everything you may have missed and what you need to know with our MLB predictions. Here is a preview of the NL Central.

It wasn’t much of a race, but it was fun down the stretch with Milwaukee and St. Louis. Ultimately, both headed to the postseason. The Cardinals were dismissed early by the LA Dodgers in the wildcard game while the Brewers didn’t put up much of a fight against the Atlanta Braves losing three straight games after a Game One victory. The rest of the division…not great. The Reds fell apart and ended up with 83 wins, oh and since then, they have absolutely demolished their roster. The Cubs won just 71 games and had a fire sale of players like Kris Bryant, Anthony Rizzo, and Javier Baez. The Pirates were one of the worst teams in all Major League baseball.

Brewers – OF Christian Yelich – He had one of the worst seasons of his career, but the former MVP is their best offensive player.

Cubs – OF Seiya Suzuki – He was a very coveted player from Japan who decided his future was best set in Chicago. Lots of eyes will be on Suzuki.

Pirates – 3B Ke’Bryan Hayes – Maybe one of the next best players in the division. An injury set him back in 2021 on what could’ve been a Rookie of the Year campaign.

Reds – 2B Jonathan India – I feel sorry for the NL Rookie of the Year who now looks around and sees almost no help on the roster and nowhere for him to go.

Cardinals – C Yadier Molina – Soak it up. This is Molina’s final season. The 10-time all-star and five-time Gold Glove winner began his career in 2004 and is ending it nearly 20 years later.

The Brewers made a sneaky great addition of OF Hunter Renfroe from Boston who is an excellent fielder and a major power bat. They also signed OF Andrew McCutchen who brings a veteran voice to the clubhouse. The Reds have traded away just about everyone not named Joey Votto from OF Jesse Winker to P Amir Garrett and IF Eugenio Suarez. The Cubs have signed P Marcus Stroman, SS Andrelton Simmons, and of course and Suzuki. The Cardinals have been rather quiet even though they fired their manager shortly after the season ended.

This should be a race between the Brewers and the Cardinals. St. Louis could have a new energy with new manager Oliver Marmol, but I do question how much they really did to make themselves better. Both teams will collect a whole lot of division wins with three teams who won’t push for a spot in the postseason. Division Winner: Milwaukee Brewers – 95-67