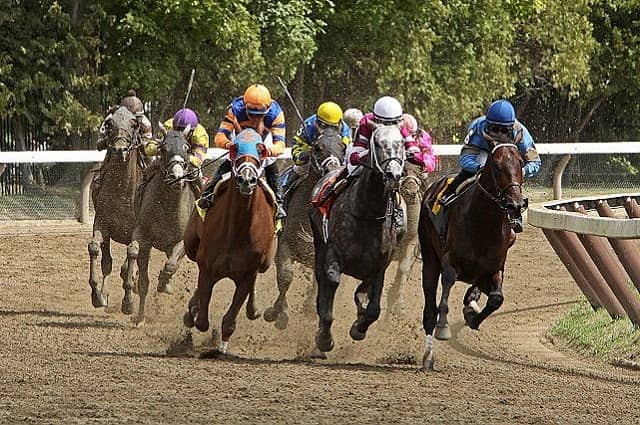 Pardon us if it sounds like you have heard this before, but there is yet another controversy in horse racing. Shocking, we know. This time, it surrounds the 2021 Kentucky Derby winner Medina Spirit. The horse that is trained by Bob Baffert tested positive for Betamethasone; a steroid used to treat inflammation but banned on race day.

And the spotlight isn’t going away. The Preakness Stakes Race announced Tuesday that Medina Spirit will be allowed to race this weekend in the second leg of the sport’s famed Triple Crown. It should make for an interesting turn of events, especially if the horse wins again.

This comes at a time when horse racing was already on the ropes, with the reports of dozens of horses dying at tracks all over the nation in recent years and especially at the popular Santa Anita race track in California.

Baffert has denied the test’s results and has even come up with a few excuses that seem laughable. Baffert claims that his horse is a victim of “cancel culture.” I wish I was joking as I type that, but that’s a real quote from him. Baffert says that Medina Spirit was never administered the drug. He believes that his test sample was contaminated, claiming that his horse could have eaten hay that was soaked in urine from a horse taking that drug.

“They can lick a wall, they can do it just so easy now that when they’re testing at these levels, it’s ridiculous,” he said.  Baffert holds the record for Kentucky Derby victories and is undoubtedly the face of horse racing, but his history is troubling for the sport. While some of the previous test results have been overturned, over 30 failed tests have happened on his watch during his career. If you correlate that to any other sport, there is no way an athlete would still be allowed to participate.

Churchill Downs in Kentucky has now banned Baffert from entering any of his horses into the track. Baffert had already served a suspension just this year. Now, he will have to wait patiently as a second test is being done on another blood sample to determine if the Medina Spirit victory will be disqualified. The real issue with that is the timetable. That test could take anywhere from four weeks to six months, according to the Horse Racing Commission

While all this certainly gives the sport a black eye from the outside, it is also brutal to the other competitors. For instance, the horse that placed second, Mandaloun, will not have a proper win if the Medina Spirit victory is forfeited.  It would be just the third time in the Kentucky Derby’s 147-year history that a second-place horse took home the crown.

And of course, with horse racing comes betting and bettors are not happy with the outcome of all this. That’s because even if you hold a winning ticket with Mandaloun’s name on it, you won’t be compensated. Kentucky Horse Racing Commission regulations say payouts are based on “the order of finish as declared ‘official’ by the stewards or judges.”  The owners of Mandaloun will be given the payout that Medina Spirit’s owners received but thousands of bettors are on the wrong side of this issue which means even larger questions will loom in the sport.