Indy 500 – the Greatest Spectacle in Racing 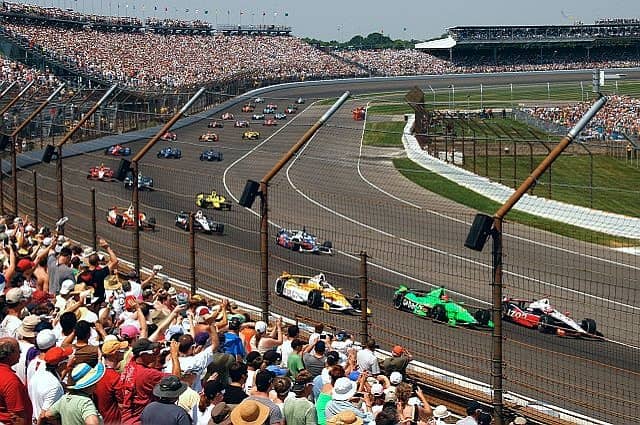 Indy 500 – the Greatest Spectacle in Racing

The “Greatest Spectacle in Racing” starts its engine Sunday in Indianapolis. The 105th Indy 500  will have limited fans in the stands at 40 percent occupancy.  It will be the largest attended outdoor sporting event since COVID-19 began last spring, as 135,000 fans will be allowed to enter the Indianapolis Motor Speedway.

The race is the third one this year in the IndyCar series.  It is similar to the Daytona 500 in NASCAR and the Super Bowl in the NFL. It is a spectacle that you don’t want to miss and there is bound to be some sort of magic that will mark the event down for the history books.

The pole driver on Sunday is going to be veteran Scott Dixon. He was able to beat out two of the younger guys in IndyCar, Colton Herta and Rinus VeeKay, in the qualifying event that occurred last weekend. Dixon is no stranger to this position, having held it four times previously. Of course, that means that Herta and VeeKay will start on the front with Dixon and try to hold position.

There are thirty-three drivers that will make up the Indy 500 lineup. Those three will be in the front with Ed Carpenter, Tony Kanaan, and Alex Palou in the second row and Ryan Hunter-Reay, Helio Castroneves, and Marcus Ericsson in row number three.

Dixon is the favorite and has the lowest betting odds for the weekend. Herta is the second favorite and could certainly give Dixon a run for his money. If this race is anything like the qualifying race, then we know that it will be neck-and-neck and down to the wire. Last year, it was actually Dixon who led most of the laps, going 111 for 200 but he couldn’t finish things off.

In this Indy 500 lineup there are nine racers who have previously won the event. Last year, Takuma Sato won it all, and will be attempting to defend his 2020 championship. Outside of him, the other winners of the race who will be jumping in cars on Sunday are Juan Pablo Montoya, Helio Castroneves, Scott Dixon, Tony Kanaan, Ryan Hunter-Reay, Alexander Rossi, Will Power, and Simon Pagenaud.

So far, the weather for Sunday looks good in Indianapolis. It should be around 69 degrees with just a 10 percent chance of participation and very limited wind. It is great conditions for the guys trying to find their footing on the track. The race will be broadcasted on NBC and you can watch it starting at 12:45 pm Eastern. The bricks are about to be kissed and the milk is about to be chugged, and we could not be any more excited for it.

He is in the Pole position and he has the experience and accolades under his belt to win, so give me Scott Dixon. He knows this course, knows the race, and knows how to handle the pressure that comes along with racing in the Indy 500. While Dixon may not be the sexiest name on this list, he is easily the best bet that you can find, and I am excited to root him on.