Everything to Know About the Formula 1 Season 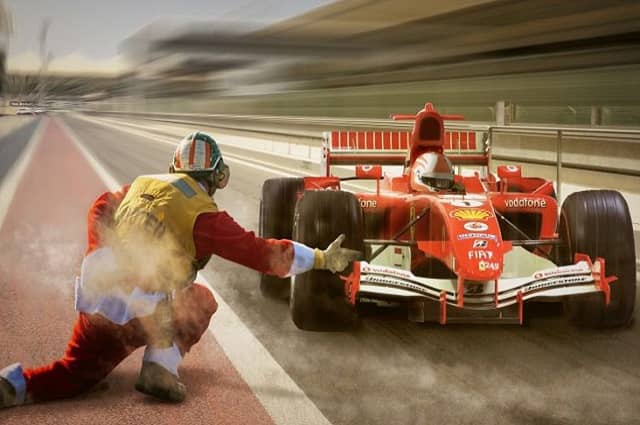 Everything to Know About the Formula 1 Season

Max Verstappen finished 0.75 seconds behind for a close second and Valtteri Bottas came in third place. They were followed by Lando Norris, Sergio Perez, Charles Leclerc and Daniel Ricciardo.

Fittingly enough, these are the seven drivers that are expected to contend for the championship this season. Verstappen started from the pole position, followed by Hamilton, Bottas, Leclerc, Pierre Gasly, Ricciardo and Norris. Sergio Perez started from 11th, while Fernando Alonso started ninth.

There are plenty of interesting, new and thrilling things to know about this season.  Here’s what’s most important:

This will be Formula 1’s longest season in its 72-year history. We will see a record 23 races, which are scheduled across five continents. Bahrain was first, while Abu Dhabi scheduled for mid-December will be the last. The schedule includes stops in Japan, Australia, Brazil, Mexico and a race in Austin, TX October 24.

Schumacher and Alonso. And Raikkonen too.

Schumacher is back. No, we’re not talking about seven-time champion Michael, but rather the great legend’s son, Mick. The 22-year-old is the 2020 F2 champion, and he will race for – who else? – Haas-Ferrari. Schumacher finished 16th in his first race, in Bahrain, just behind another German legend, four-time champion Sebastian Vettel.

Fernando Alonso is another big name featured this season. The two-time champion returns to the track, after a two-year hiatus, and his homecoming is exactly 20 years after his debut.  The Spaniard races for Alpine-Renault, and his teammate is Esteban Ocon.

Then there is 42-year-old Kimi Raikkonen. He won the title in 2007 and finished 11th in Bahrain.  The Finnish champion runs for Alfa Romeo Racing-Ferrari.

Who is going to win this year (again…)?

Hamilton is the four-time defending champion, and he is the favorite to win the championship this year.  Starting the season with a victory gives us no reason to think otherwise that he won’t be competing for his fifth consecutive championship.

He has the best odds at winning again – which would be a record eighth time overall – and the bookmakers are unanimous about this. When it comes to betting online, top bookmakers such as Unibet IN offer -182 odds for Hamilton to win the title again. This is not surprising, as Hamilton won his seventh overall championship last season, which tied him with the great Michael Schumacher for the most all-time.

Second is the 23-year-old Verstappen, even though he has only 10 wins in Formula 1 in his career. The Red Bull Racing-Honda driver finished third overall last season, and now has +150 odds at winning his first title.

Third is Bottas, but Hamilton’s teammate has only +2500 odds. He did finish second last season, helping Mercedes win the seventh straight Constructors’ title.

A new track will make its debut this year. The city of Jeddah in Saud Arabia will host its first race on December 5th. The track is 3.8 miles long which makes it the second longest on the tour. The longest is Spa-Francorchamps at 4.35 miles.

Also, this is only the fourth time since 1996 that the season didn’t start in Melbourne. The race is still on, but it has been moved to November 18-21.

There are some other interesting facts you should know. For example, Aston Martin returns to Formula 1 racing as a works team for the first time since 1960 under the new moniker Racing Point.

Also, for the first time in Formula 1 history there will be a budget cap. It has been lowered from its original limit of $175 million to $145 million for the teams’ performance spending.

The amount of aerodynamical development a team can perform during a season will be linked to the finishing positions in the previous’ season’s championship. This means that teams finishing at the top of the standings will have to deal with tighter financial restrictions than those who finish behind. The goal is to make a more competitive field.

Regarding the technical parts of the cars, there will also be minor changes. To cut how much downforce the cars can generate, some parts of the floor and front and rear wing will be reduced in size.

This should be an exciting season for Formula 1 fans around the world as it could be a history-making year.