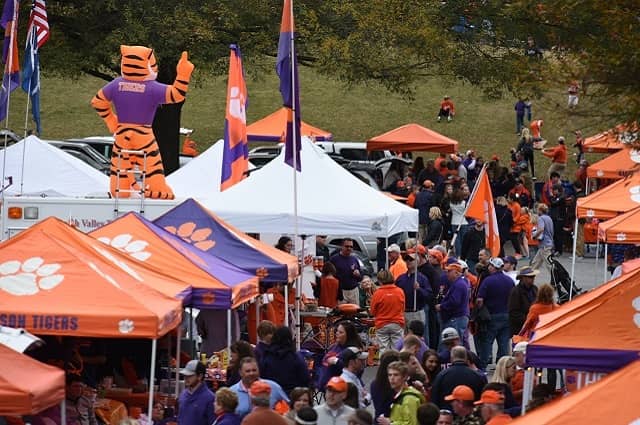 Head coach Dabo Swinney has led the Tigers to two national championships in the last three seasons. Are they due for a letdown? Don’t count it. The 28-point beatdown they gave Alabama in the championship game last season was the largest margin of defeat for the Crimson Tide under head coach Nick Saban.

With megastar sophomore quarterback Trevor Lawrence guiding the team, they have a great opportunity to do so. Lawrence, whom many tout as a “once in a generation” talent, became the first true freshman quarterback to start for a national championship game since Jamelle Holieway in 1985 for Oklahoma.

The Tigers have to replace some key defensive talent, after losing three lineman to the first round of the NFL draft, but they have the players to pull it off as a result of their recent exceptional recruiting classes. This South Carolina team could be as good, or even better, than the 2018 team and, once again, they seem destined for a rematch with Alabama. Now that sounds like a party!

Though the Tigers’ new-found glory is a boost for their fans, Clemson loyalty never wavers and rests firmly on a long history of great college football traditions. On game day, their frenzied fan base turns the gorgeous campus into a blanket of vibrant orange, as tailgaters get the party started early.

Clemson tailgate decor can run from chandeliers to plastic forks, and no one judges. Food can be something picked up at a deli, pulled pork smoked for hours on the grill, or a brunch of fried chicken on waffle sliders. Bloody Mary’s might be customized to match the rivals of the day. Opposing team fans can usually count on a heaping serving of Southern hospitality, possibly accompanied with an offer of boiled peanuts.

But keep track of the time and get to Memorial Stadium early. You’ll want to watch the unique college football spectacle of the Tigers entering the field by running down “The Hill”—a multistory ramp descending from a middle tier of the stadium—after touching the sacred Howard’s Rock.

Clemson is home to some of the nicest fans in the country. Winning has just made them nicer.