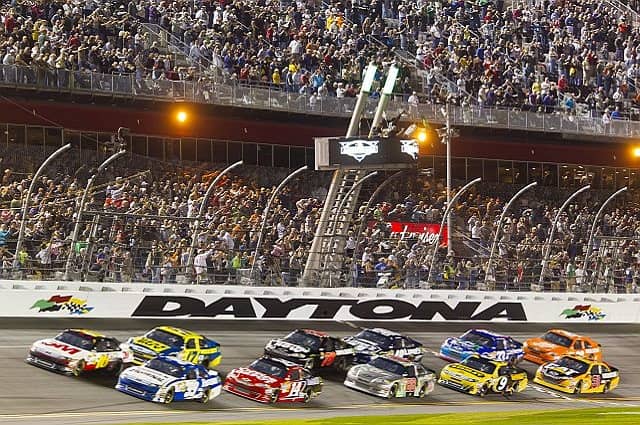 The biggest weekend in NASCAR is here as the 2022 Daytona 500 races us into the new season. Daytona International Speedway is the host of the famous race as the best drivers in the world gun for the most prestigious honor in American racing. The 64th running of the Great American race will be unlike any other seen in the sport.

This is our first chance to get a look at the NextGen cars which will supposedly change the NASCAR competitive balance. These cars will be much more dependent on driver skill rather than the work that is done in the garage. The car is designed to be more affordable to operate and maintain, which will help smaller teams close the gap on the big teams by making it more cost friendly for new owners to enter the sport.

One thing to note as we gear up for the Daytona 500 is that the supply shortage that has been plaguing the nation has also been plaguing NASCAR. Don’t fret, each team and each driver have a car to call home, but there are issues with backups and spare parts. These drivers will need to avoid crashes and damages to keep their cars in great shape heading into the weekend and during the race.

In the last 10 Daytona 500s, there have been eight different winners with 2022 betting favorite Denny Hamlin  winning three separate times, including back-to-back victories in 2019-2020. Of course, that makes Hamlin the favorite heading into this weekend. He is one of the top guys entering this weekend and there is no doubt that he is the biggest name to watch for, as he will try to tie Cale Yarborough for the second-most victories in the Great American Race. Richard Petty holds the all-time mark with seven wins.

“In general, I just think I have a good understanding of the air here and how it moves around the walls. Talladega is different,” Hamlin said this week. “If you look at our results, we haven’t won as much at Talladega, but we’ve been pretty good. Here, there is just something about – whatever it is – the banking or the width of the track, height of the walls or something that I just kind of know where those little pockets of air are it seems like that are a little bit better.”

Right behind Hamlin is Kyle Larson, Chase Elliott, and Joey Logano. Those three names are always at the top of any favorites list, and of course, you can’t overlook a first-time winner at Daytona. Logano is the only player on that list to win a Daytona 500 and with it being one of the most legendary races in the sport, it is no secret that accomplished guys like Larson and Elliott will be gunning for their first ever wins at the track in Florida.

One driver that I am intrigued in watching this weekend, but don’t have an enormous amount of confidence in, is Brad Keselowski. He is debuting with his brand-new team and there are typically some learning curves along the way on the road to victory, so it’s doubtful that Keselowski will win the 2022 Daytona 500.