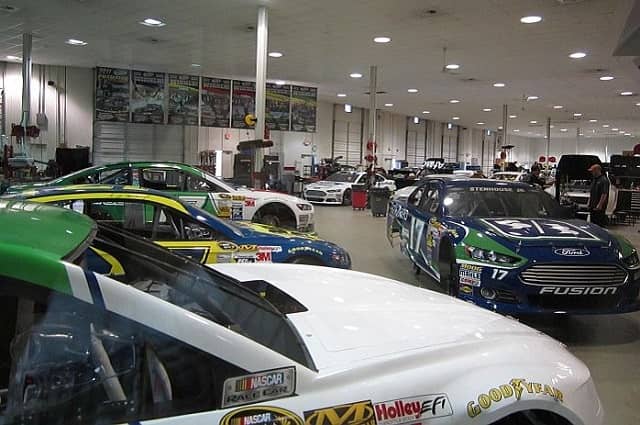 The 2022 NASCAR season is here. The excitement has been building as the sport endures new changes to cars, player lineups, teams, and so much more. This will be one of the more anticipated seasons in recent years as a youth movement is coming for the sport and new names may have some advantages as these new cars will reward drivers who are the best on the track, not in the garage. Let’s break down the top 5 NASCAR teams entering the 2022 season.

This name must be at the very top of the list. Hendrick Motorsports took home wins in seven of the last 16 points races. Led by Alex Bowman, William Byron, Chase Elliott, and Kyle Larson, Hendrick is one of the most successful teams of all-time with premier name drivers and a chance to bring home even more hardware in 2022. Their oldest driver, Kyle Larson, is the number one driver in the sport and Chase Elliot is right behind him. There is such a great mix of young and old with this squad and they should be on tons of stages this season. They are going to be the team that everyone is gunning for this season.

When it comes to the top two teams, star power is neck-and-neck. Joe Gibbs Racing has an impressive team made up of Denny Hamlin, Kyle Busch, and Martin Truex Jr. Oh, and don’t forget the guy whose name is on the team, Joe Gibbs, who won three Super Bowls and is in both the Pro Football and NASCAR Hall of Fame. Kyle Busch has more than 200 wins under his belt, Truex Jr. is one of the top-five drivers in the sport, and Christopher Bell, who is the least accomplished, has a win and 23 top-10 showings in two seasons. There is no real weakness of the Joe Gibbs racing team and there is an expectation for excellence when Gibbs himself is at the top of the roster.

There is probably some debate as to who could take this spot for number three, but for now, I am going with Team Penske. They have a great lineup of skilled drivers in Joey Logano, Ryan Blaney, and Austin Cindric. Brad Keselowoski is no longer on Team Penske which will take some getting used to, but this squad is still well set with Logano at the top. Cindric is just 23 and was very impressive last season.

While Gene Haas has not been enjoying any success in F1, NASCAR is a whole different story. He and Tony Stewart are ready for 2022. Kevin Harvick is the leader of this team, and there are few better in the history of the sport. However, he is 46 years old and had 0 wins last year. They will depend on Chase Briscoe and Cole Cluster to carry this team with a youthful awakening.

Brad Keselowski has ownership in a team now and it automatically makes Fenway Racing a contender. He has 35 Cup Series and 39 Xfinity Series victories in his career and brings an immediate winner. We know he will be in the playoffs, and teammate Chris Buescher may be able to join him there in 2022.