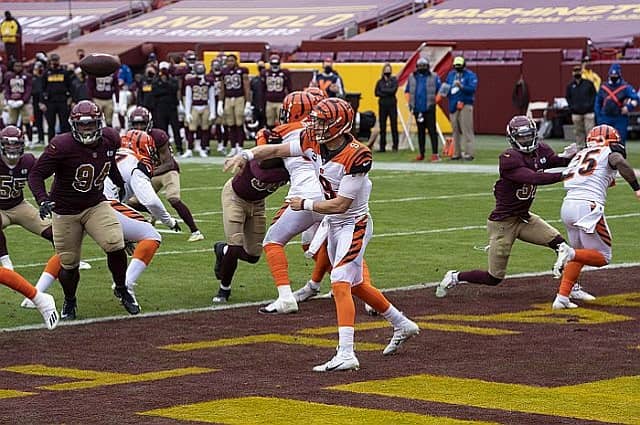 It’s time to cue up the Monday Night Football theme song, watch those highlights that get you amped, and prepare for the 2022 NFL season. We had an incredible season to watch in 2021 including a few playoff games that may go down as all-time classics. There is an exciting rookie class coming into the league, TONS of star players flipped teams, and the action should be second to none. We’re here to hand out divisional previews. Here’s our 2022 AFC North preview.

The shock of the entire NFL last season came from the AFC North and the Cincinnati Bengals. Joe Burrow and his flashy offensive playmakers helped take his team to the Super Bowl. Of course, they lost but it was still one of the craziest turnarounds that we have seen in the NFL in a few years. This division was tight all the way around for the entire year. Only one win separated the Bengals from the second-place Steelers. And one win separated the Steelers from the third and fourth place Browns and Ravens. There was seemingly some trust lost between the Ravens and QB Lamar Jackson after a tough season and that has bubbled into this offseason. The Browns dealt with injuries to QB Baker Mayfield which stunted what could have been an otherwise successful season. The Steelers somehow glided into the NFL postseason and gave Big Ben one last shot at making a run, but that team was burnt and had a quick exit at the hands of the Kansas City Chiefs.

The Ravens are favored in Vegas to win the division, despite finishing last (even though they were two wins from first place) in 2021. Behind them are the Bengals. Baltimore is coming off an offseason where they traded away WR Marquise “Hollywood” Brown, Jackson’s best friend. But they are still led by one of the best head coaches in the league. The Bengals made some splashy upgrades on the offensive line and Joe Burrow should finally be well-protected. Cincy, now coming off a Super Bowl berth, was a spot where many free agents were interested in playing. The Browns are the third-favorite but are maybe going through the worst off-season. They traded for QB Deshaun Watson while antagonizing Baker Mayfield who they later traded to Carolina. Watson just settled 30 different lawsuits with women who accused him of sexual misconduct and in all likelihood will be suspended for the season. Meanwhile, a new era in Pittsburgh is underway as Big Ben is out and a QB battle between rookie Kenny Pickett, Chicago Bear failure Mitch Trubisky, and Mason Rudolph is about to be underway.

I say this because we don’t really know who it is going to be. The NFL will likely come down with a lengthy suspension of Deshaun Watson who might in return sue the league. Baker Mayfield is gone so do they maybe trade for Jimmy Garoppolo? Or maybe they stick with Jacoby Brissett? Or newly signed Josh Rosen? Whomever ends up under center will be the difference maker this season for the Browns and very telling for how this season will play out.

The Ravens had to pony up to pay for former New Orleans safety Marcus Williams. They gave him $70 million over the next five years and hope he will be a cornerstone of their secondary unit that has to face the likes of Joe Burrow for the foreseeable future.

I am going with a back-to-back division winner in the Cincinnati Bengals. They have the best offensive unit with the most skill players in the division and a reinforced offensive line. There is no reason to think it won’t be a close race, but it should be fun. Record: 10-7