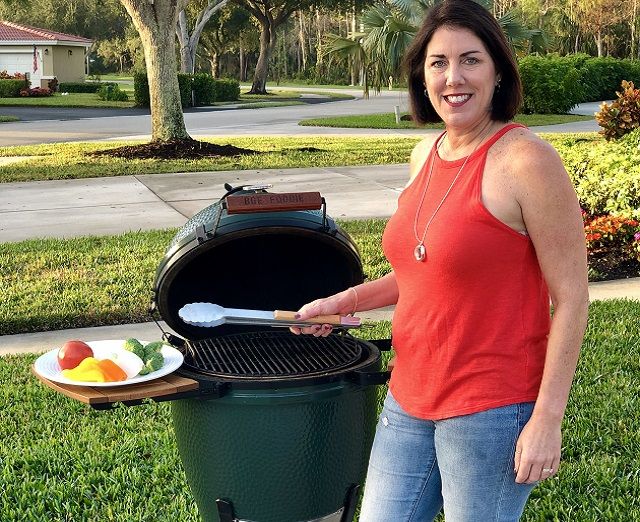 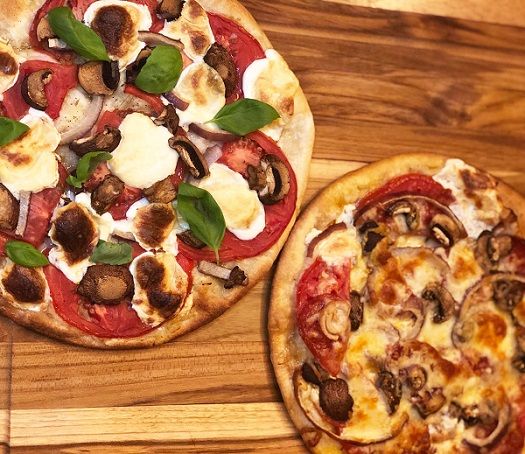 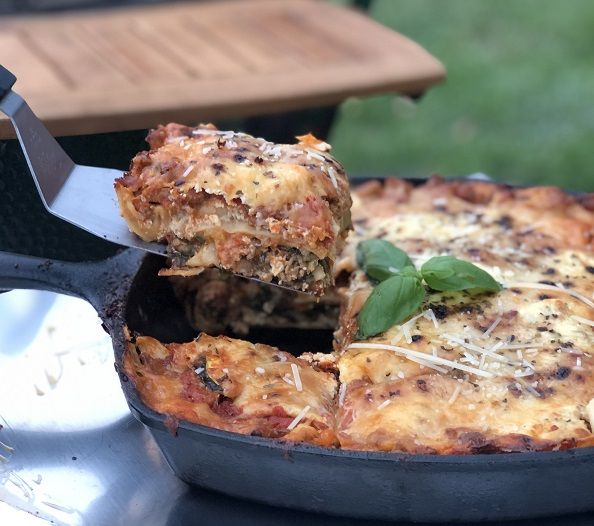 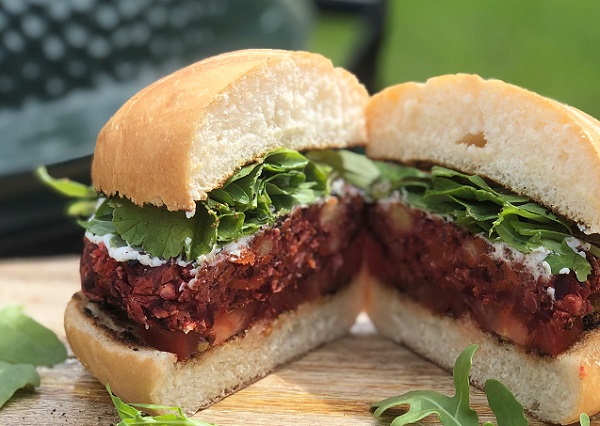 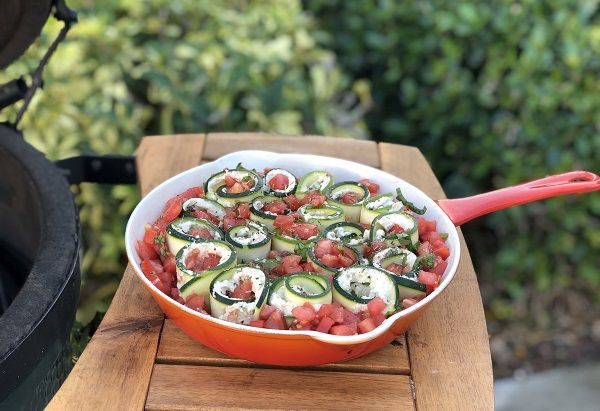 Shannon Morgan’s introduction to grilling was literally a trial by fire. Having never grilled much, she volunteered last April to grill vegetarian dishes in her hometown of Naples, Florida, at their EGGfest—one of a string of charity cooking festivals held throughout the nation for lovers of the kamado-style Big Green Egg grills. Morgan, an insurance agency owner, had never used the lump charcoal-fueled Big Green Egg (BGE) before that day. But she walked away a complete convert.

So how was that first EGGfest?

It was hot, it was tiring, and I had one of the best days ever. I loved it so much, I left and immediately ordered my own Egg. I now own three of them, and it’s not even been a year, and that’s why I have too many.

What did you grill?

Actually I did a vegan menu. I did grilled tofu with barbecue sauce and carrots that were made into hot dogs. They were mini ones. Yes, I got a lot of looks from meat-eaters when they found out they were getting carrot hot dogs.

A combination of both. We covered them with a vegan chili and a vegan cheese sauce. There was one guy who’s on the BGE team, and he came back and got a second one, because he couldn’t believe it was a carrot hot dog.

Is that your omnivore husband’s favorite dish?

I think the favorite thing I’ve done is the vegetarian lasagna. That’s been his favorite.

So I bake the lasagna on the BGE. But I use Beyond Meat hot Italian sausage that I grill first, because I want to add that grill flavoring. For the veggies, it’s whatever’s in my refrigerator. Usually I would do, like spinach, mushrooms, sometimes broccoli. I’ve done zucchini noodles, where you slice them thin, so you can put a layer of zucchini to replace a layer of noodles.

On the substitute meat, what are we talking about?

There’s a lot of vegetarian products out there, but one of the most popular ones that I like best is called Beyond Meat. They do burgers that actually look like meat. And they do sausages that I would really challenge somebody to tell me the difference—other than meat sausage is a little bit fattier, like when you bite into it, it’s got the fatty juices that come out. These sausages are a little bit drier, but the flavor is incredible. Check ‘em out. The burgers they sell at almost every store.

Do you grill substitute meat differently?

No, just grill it like you would anything else. I do cow burgers right alongside my meat-substitute burgers. You pretty much pull them off at the same time. The meat-substitute ones, you want to cook the outside, so you get the texture and flavor, like the grill marks and some char on it. But it’s not like you actually need to cook it—you’re basically just cooking it to warm it and add grill flavor.

The other night, I did grilled cauliflower steaks [thick, head-sized slices]. Those were absolutely incredible. My husband couldn’t rave enough about how tasty they were.

Cauliflower steaks? What made them so tasty?

First of all, you’ve got the grill, so you’re getting the flavorings from the grill. But then also I used a bunch of the barbecue rub on them. I experimented—I had two different rubs—and it just kind of gave it a barbecue flavoring. I just brushed them with olive oil so that the rub would stick and then sprinkled them liberally with the barbecue rub. Both rubs were excellent.

2 ears corn on the cob

Cut the top from the onion, remove outer skins and quarter, leaving the bottom on for grilling. Cut the peppers in half and remove stems and seeds. Peel the sweet potato and cut into ½-inch rounds. Dehusk the corn but leave it on the cob.

Brush the veggies with a bit of olive oil to prevent sticking, then place on the grate for 8–15 minutes, turning halfway through. You want that grill flavor and a bit of char. They need to be cooked all the way. That will happen while the chili simmers.

Dice all the grilled veggies into ½-inch cubes. Cut the corn off the cob. Drain and rinse your black beans. Open your canned tomatoes.

Use a 5-quart, cast-iron Dutch oven on your grill over indirect heat or a large pot on your stove.

Drizzle the oil into the pan. Add in the onion and garlic. Sauté for about 2 minutes, being careful not to burn the garlic. Add the chili powder and sauté for 1–2 minutes until fragrant.

Serve with your favorite toppings. Mine are sour cream, avocado and hot sauce. The best part about chili is that you can change up the veggies that you use and try different bean variations to make this chili your own.

Smoked cheese. They were brick cheeses, like mozzarella and pepper jack. I walked away from the grill, the temperature got out of hand, and 12 pounds of cheese melted over the entire inside of the Egg. There are pictures of that on my Instagram feed still.

How did you get it off?

A metal putty knife. My husband and I both worked on it for about 45 minutes. Then I did a hot burn to get the last of the residue off the Egg.

Ever get it right?

Yes, I learned my lesson to never walk away from it. I also changed my method. The first time I was trying to use apple wood chips, and now I do apple pellets in a smoking pellet tube. The pellets will smolder, which means it’s a very low temperature but it’s still producing smoke, whereas the wood chips you need to actually burn them.

Pizza. A Meredith Dairy goat cheese with fresh tomatoes and fresh spinach. Sometimes yes and sometimes no, on making my own dough. I think the taste of pizza is so much better when you cook them on the Egg. You get a flavor from the charcoal that you’re not going to get from the oven. 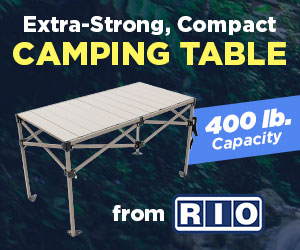