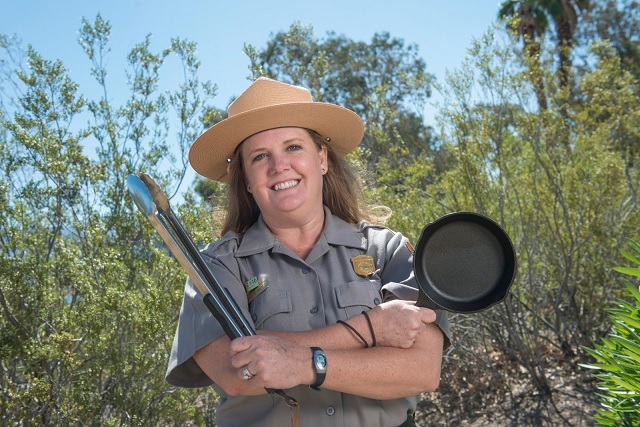 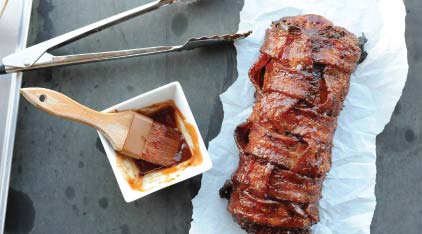 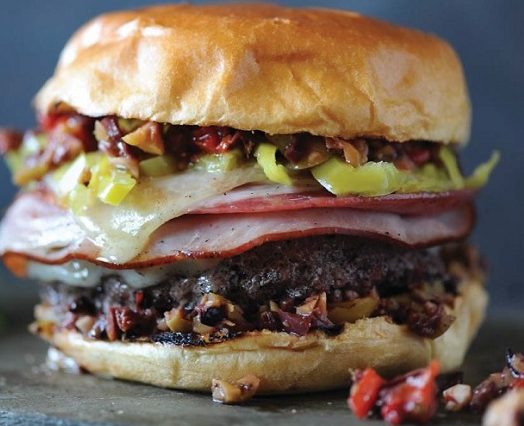 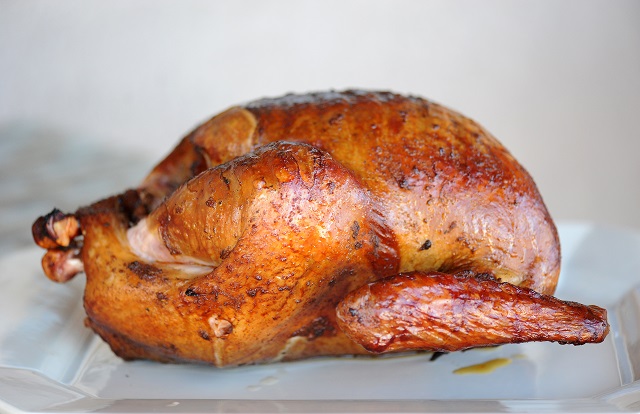 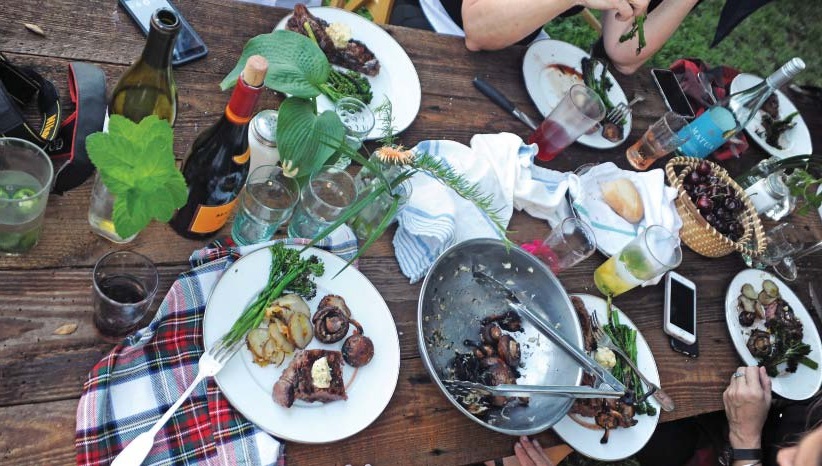 EVERY WORKDAY, Christie Vanover suits up in the traditional green-brown shirt and “Smokey the Bear” hat you’d expect to see on a national park ranger, which she is, for the Lake Mead National Recreation Area. She’s also big into cooking. enough so that she took courses at Le Cordon Bleu in Paris while traveling the world as an army wife. She saw all kinds of things in the kitchen during that time, and now, she says, she’s taking those recipes outside to grills and campfires.

DO WOMEN LOOK AT GRILLING DIFFERENTLY? Yes. Absolutely. We do love to grill big pieces of meat, but we’ll also grill a cupcake.

WHY IS THAT? I think it’s because women come from a traditional history of providing entire meals…more than just the meat itself. I think that’s what inspires women to more naturally think outside the meat box.

SMALL SWEET PUMPKINS? They’re also called pumpkin pie pumpkins. They’re what you can bake or microwave and puree to make pie from scratch.

WHAT POSSIBLY MADE YOU THINK OF SUCH A THING?

I have a post on my website—girlscangrill.com—where I grilled 20 different vegetables, and acorn squash is on there. I thought small sweet pumpkins would work the same. And it did.

THAT MAKES US THINK OF THANKSGIVING.  Actually, for the past two years, I’ve grilled our entire Thanks-giving dinner outside—at Death Valley National Park. We have an RV, and we like to pack it up, and love going to national parks. This year, we’re going to Lake Havasu in Arizona.

3 To make a fruit pie filling, toss sliced fruit with sugar and a little cornstarch.

4 Don’t forget spices— like cinnamon, nutmeg and cloves—in any pie.

5 Use a traditional aluminum pie tin.

6 No tin? Go rustic style. Lay the dough flat on a sheet pan, spoon fruit into the middle and fold the edges up toward center but leave a hole at the top.

7 Place the pie on top of an inverted pie tin so the crust won’t cook so fast.

8 Bake over indirect heat at 400 degrees…and keep the lid down!

9 Brush the top crust (if it has one) with butter and a sprinkle of coarse sugar to add sheen and flavor.

10 Bake about 10 to 15 minutes longer than in an oven…because people always peek.

YOU GRILL THE WHOLE THANKSGIVING MEAL? We grill a couple of turkeys, and we do a lot of things on the campfire. We usually do a smoked ham as well. My father-in-law is there with me. He taught me how to grill. I also use an oilless turkey fryer for one turkey. It connects to a propane tank. There’s no oil, and it gives you the same crispy consistency without all the mess of the grease. It’s awesome.

WHERE’S THE TRIMMINGS? We do a grilled green bean casserole, and stuffing—all that is in cast-iron pans. Corn on the cob—that’s the easiest thing to do. Sometimes I’ll bake rolls, sometimes we just buy them. I do the pies or tarts on the grill…it’s a feast, it really is. That’s why we invite anyone who’s around to join us and make a party out of it.

HOW DOES THE CAMPFIRE COME INTO PLAY? For the potatoes, I wrap them in foil and put them in the coals of the campfire to bake them. Then I mash them after that.

BET YOU’RE WIPED OUT. My role is to grill the meal. Other people do the dishes.

THE PIES SOUND TRICKY. I learned the first year, you don’t want to bake those on the campfire, because you need to cover it for the pie to bake evenly. And if you cover a campfire, it’s way too smoky. So I cook those over indirect heat on the grill. A gas grill is really just an outdoor oven anyway. It’s just a matter of knowing which burners to use.

Serves: 8 from 12-inch cast iron skillet, or double the recipe for 17-inch skillet.

Prep green beans by cutting off tips and cutting in half.

In a small bowl, combine butter and flour with a fork and set aside.

Add cream, salt and pepper to beans. Increase heat to medium-high. Cook uncovered for 1 to 2 minutes. Stir in butter mixture. Continue cooking for about 5 minutes or until sauce reaches desired consistency.

Tip: Follow the same steps to make this on a stove top!

HOW MANY GRILLS AND SMOKERS DO YOU OWN? Thirteen. I have an offset barrel smoker, a Firecraft pellet smoker, two Big Green Eggs, two gas grills, a small tailgate gas grill, couple of regular kettle charcoal grills, a big fire pit grill called a cowboy fire pit…what number are we at now?

WHAT’S A COWBOY FIRE PIT? It’s like a bowl fi re pit that you usually sit around with your family, but I have a rotisserie and grill grate on top of it.

BIGGEST MISTAKE YOU’VE MADE ON THE GRILL? When I first got married, we got a grill—when you get a house, you get a grill. And I didn’t know how to grill. But I grilled barbecue chicken for my husband. I sauced up the chicken and put it on the grill on high. And if you know how to grill, you know what happened. It looked all nice and charred and done. Really charred. So I put it on the plate, and he cut into it, and it was as raw as it could be—really crispy on the outside, almost killed my husband with the inside.

FAVORITE BBQ TOOL? I definitely need my tongs. I got them in Europe. If I don’t have my tongs, I feel out of place. Others I like: with the Big Green Egg, the Kick Ash Basket. It’s so much easier to clean my grill. And then I like my Grill Grates. It reduces the flare-ups and gives sexy grill marks.

MOST IRRITATING THING YOU SEE AMATEUR GRILLERS DO? Flip their meat too much. If I’m going to somebody’s house, I cringe when they turn their burger five or six times. They’re dumping all the flavor off. You want to flip your burger or steaks just once. You can twist to get the sear marks, but not flip. As juices and fat release during the grilling, they have to go somewhere, and each time you flip you’re just going to keep on losing them. That’s why the twist is okay, because you’re not dumping the fat.