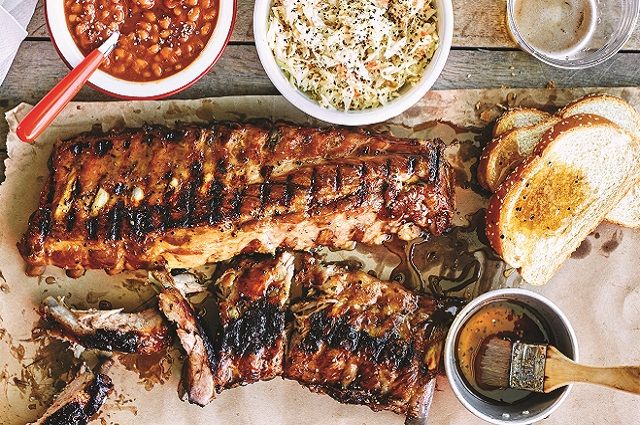 "Take a lesson from your local barbecue joint and hand out hand wipes at the end of the meal. A cold water tap isn’t going to cut it with these finger-lickin’ ribs."

Reduce the heat to medium-low (about 300°F to 325°F). Rub the ribs with the salt and 1/4 cup of the oil. Wrap each slab separately in heavy-duty aluminum foil, wrapping tightly to form a packet.

Place on grilling grate, and cook until the ribs are tender and done, about 1 1/2 hours, turning the packets occasionally. Carefully remove from the grilling grate. Brush the grilling grate with the remaining 1 tablespoon of oil, and increase the heat to medium-high (about 375°F to 400°F).