The Chicago Brewseum – The Melting Pot of Beer 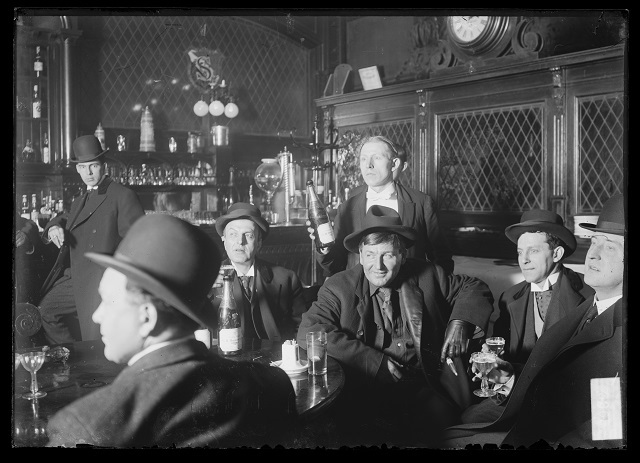 Ever wonder how America’s thirst for beer came to be? The folks at The Chicago Brewseum have an answer.

“Beer is always timely,” says The Chicago Brewseum’s founder and executive director Liz Garibay. “Beer is hot right now. But I see what’s happening as more of an evolution, not a revolution. It’s a beverage that shaped our nation.”

The Brewseum has turned that sudsy history—at least for their fair city—into a new exhibition hosted by the Field Museum through January 5, 2020. “Brewing Up Chicago: How Beer Transformed a City” looks at who was responsible for the effervescent malty beverage in the metropolis and how the variety of beer styles evolved there.

As Garibay points out, immigrants introduced what has become one of the United States’ patriotic drinks. “Immigrants have always been a major part of our nation’s history. Chicago’s early beer industry relied heavily on the immigrant communities who built our city.”

Housed in a space near one of the Field’s reception rooms, the exhibition takes attendees on a journey from the 1830s to the 1890s. The exhibit opens in 1833 when what is now one of the nation’s greatest cities wasn’t a city at all, but a mere township. It began as a British colony, explains Garibay, so the first beer styles discussed are those connected to the colonists’ tastes—ales, porters and stouts.

To experience the early scene, the exhibition includes a look and a whiff of what it was like to be in a 19th-century bar, specifically Sauganash Tavern, Chicago’s first saloon. Visitors can smell the whiskey and bacon served there.

In the next decade, the 1840s, true German-style lagers were introduced as Germans settled the area. “When they arrived, they brought their cultural practices with them,” Garibay says. “Lucky for us and for America, many were beer makers. This was the industry they worked in and an industry that built the city.”

And it wasn’t just in Chicago, she notes. Milwaukee, Cleveland and St. Louis, which all have a reputation for beer, have strong German connections.

It wasn’t easy for the Germans, however. “Just like many immigrants today, the Germans faced anti-immigrant sentiment,” Garibay explains. “In the 1840s and 50s, they were just doing what came naturally to them—drinking lagers, engaging in parades and picnics. These things were deeply rooted in who they were.”

But not everyone could appreciate their lifestyle. “It was frowned on by the Anglo-Saxons. Plus, Temperance was in motion,” she says. Temperance advocates believed alcohol was a threat, so Germans were a threat. “The anti-immigrant politicians and their supporters paired up with the Temperance folks to attack anyone who was foreign who made a living in alcohol.”

As Brewseum visitors learn from a video, the Germans refused to relinquish their ways, and beer drinking prevailed, thanks in part to the 1855 Lager Beer Riot. The event established citizens’ freedom to drink beer.

“Delving into something like beer, which we think we know all about and we enjoy in so many settings, ends up revealing our city’s deep histories, conflicts and aspirations,” muses Jaap Hoogstraten, the Field Museum’s director of exhibitions. 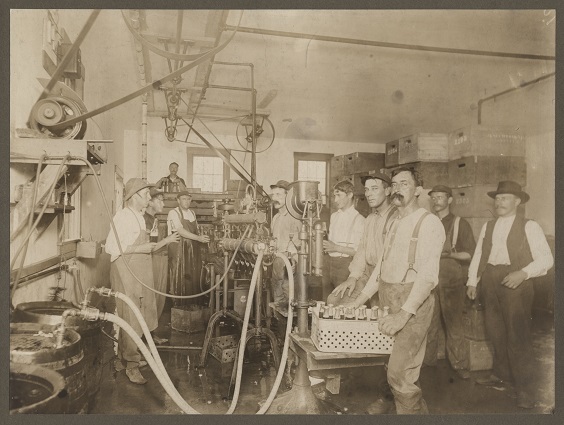 German chemist John Siebel, who founded the illustrious Siebel Institute of Technology—a vocational college in Chicago focused on the science of brewing—had educated members of the Stroh’s, Busch and Goose Island breweries. He and Anton Schwarz are regularly named as those who steered attention to rice and corn, two ingredients still in use among today’s heavyweight corporate breweries. The change resulted in lighter, clearer beers, thus American lagers were born.

They paved the way for the pilsners that followed, inspired by Czech immigrants. The style was more expensive to make, but Chicago liked them and never flinched at the price.

The exhibition timeline concludes 60 years after it began, in 1893, when Chicago hosted the World’s Columbian Exposition, a precursor to the World’s Fair, and the Field Museum originated. (The museum celebrates 125 years this year.) When asked what the Columbian Exposition has to do with beer, Garibay’s voice jolts with excitement.

“So much!” she exclaims. “You could go to Agricultural Hall and see models of breweries. Coors had one. Pabst, Anheuser-Busch—they all had working models of their breweries.”

They were a marketing scheme. “People saw the grandeur of the models and thought the beer must be good,” continues Garibay. “People came to see the science behind it, and to taste the beer. In the 1890s, the U.S. is in the gilded age of brewing.”

To underscore the impression these models made, the curators secured original illustrations of of them being displayed in the grand Schlitz Pavilion. These artifacts are Garibay’s favorite because photos of the World’s Fair are black and white, but these color drawings reveal what “humans saw in its full glory.”

Chicago’s beer story doesn’t end there. The city’s beer landscape today is filled with craft breweries, many of which are looking at the past for ideas of what to brew next. “We are definitely seeing a trend toward historic beer styles,” Garibay says. “Breweries are starting to introduce styles that were tied to immigrants. What was everyday drinking for Polish, Italian, Irish, German and Czech, now it’s our whole country [appreciating those styles].”