Homegating is the New “Tailgating” for 2020 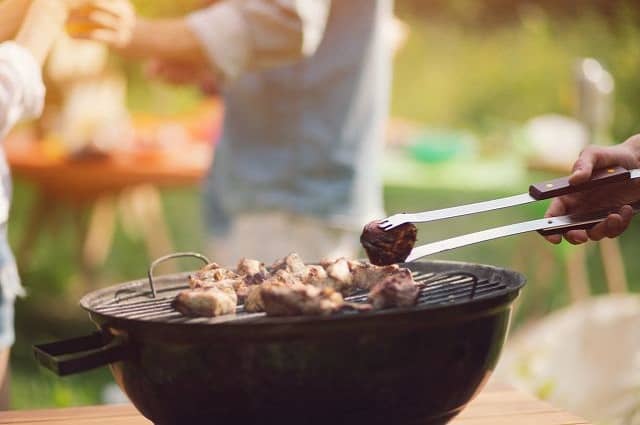 As you have probably heard by now the Big Ten and Pac 12 decided to cancel their respective fall football seasons due to the coronavirus.  Oh wait…less than six weeks later they have both decided that the coronavirus isn’t that much of a concern after all and will join the SEC, ACC and Big 12 in proceeding with their seasons, albeit with an altered schedule like everyone else.

The prospect of losing millions in television revenue by canceling the season is probably the real reason they changed their minds.

So, as it stands now, all of the FBS conferences are moving forward with their season, or at least a semblance of it. The last one to join the party was the Mid-American Conference.  Ironically, they were the first to cancel the season so it’s serendipitous that they were the last to decide, “what the heck” and move forward with it.

Of course, the NFL just recently kicked off their season as well. Way too much money at stake to stop that Machine.

However, regardless of college or NFL, most of them have one thing in common, “No Tailgating Allowed”!

I guess being able to play outweighs the availability of being able to party in the parking lot.  And, in this pandemic climate, perhaps it is best to play it safe rather than sorry.

But, for us professional tailgaters, the question begs “what will we do with our weekends”?

Well, fret not, because for the avid parking lot chef this really should be only a minor inconvenience. Sure, you have your crew you enjoy seeing at each home game and you’re known for your “special” dish.

Keep in mind though, you still have a television and a backyard which is home to your grill where there could be some killer dishes, like that chili cheese dog you’re always bragging about.

With the season underway, try inviting a few friends over for the game (ok, keep it to 10 people or fewer so that you can safely social distance) and do a homegate party.

Use this as an opportunity to create new traditions. Perhaps when everything gets back to normal, you will have found something new to do on those away games or when you cannot get to the stadium when your team is home. Perhaps you’ll even discover a new dish to cook that will be all the rage when everyone tries it.

Here’s a new recipe I’ve been working on called a “Bananas Foster Pudding” which has an Elvis twist to it. Elvis was famous for his fried peanut butter and bananas sandwich so, I’ve turned it into a dessert worthy of any tailgating, whether at home or in a parking lot.

It’s very similar to a regular banana pudding except, I use Nutter Butters instead of Nilla Waffers as the base. To begin, crush the peanut butter cookie mix with a little butter to make a pie type crust for the bottom. Add your layer of pudding (follow directions on the banana cream pudding box) over the cookies, then this is where the fun begins, layer in the bananas foster.

Usually this is made with rum and looks cool when the fire is lit. However, in this recipe I use a whiskey called “Screwball” which is a peanut butter flavored whiskey (get some and you can thank me later).

In your pan mix in ¼ cup of butter, 2/3 cup brown sugar, 1 ½ teaspoon vanilla, the Screwball whiskey to taste but usually 1/3 cup. Light it (be careful as it will flame) to burn off the alcohol. Let it burn about a minute so the bananas still hold their texture and don’t get mushy.  Spoon them over your pudding then repeat with Nilla Waffers instead. Once you finish top with whipped cream and drizzle hot peanut butter over it.

This is just one tailgating recipe you can use while we are wait for things to get back to normal. Football may be up in the air, but tailgating is here to stay. We’re just calling it homegating in 2020. 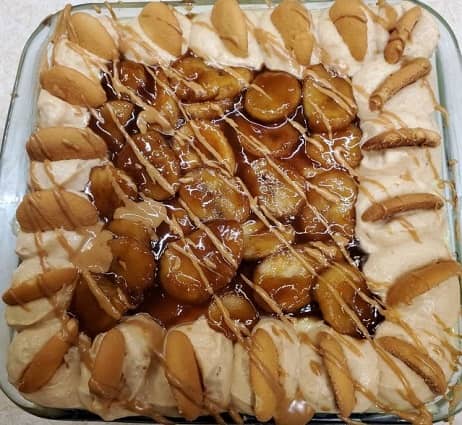