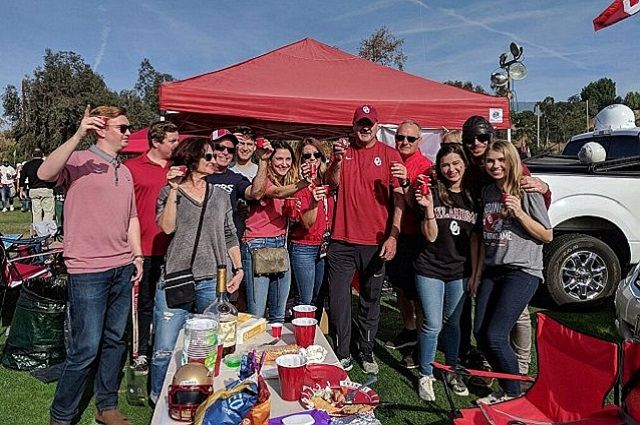 I was fortunate enough to write about my quest of attending a game at every Football Bowl Subdivision (FBS) stadium along with some key lower division schools for Tailgater magazine in the January 2018 issue. Since that time, I have continued marching forward toward my end goal.

In total, I have been to over 90 of the 130 FBS stadiums and many lower division and neutral sites, totaling several hundred games. But for me, the game is only part of the experience. Hence my moniker: Dan From the Tailgate.

My travels since 2017 have taken me to the banks of Lake Washington for the sailgate of a lifetime at a UW Huskies game, while enjoying the best muffuletta outside of Nawlins. I have stood atop a famed Cockaboose in Columbia, South Carolina, while hoisting a cocktail in salute of their Gamecocks. Yelling
“Hotty Toddy” is one thing at Ole Miss, but have you also paced the Junction at Hail State—ground zero for Bulldog football tailgating in Starkville? Try Boilering up in West Lafayette, Indiana, for a Purdue opening game while sipping Bloody Marys with their 90-year-old super fan at the parking-lot pregame ritual.

Being part of the Gator Chomp in the Swamp was an ear-splitting experience when the Gators rose from the ashes under their new coach Dan Mullen. If you want real bedlam, go to Norman, Oklahoma, when the Oklahoma State Cowboys are in town. The campus comes alive more than any other time for this heralded matchup.

But you have not endured true madness until you attend a white-out night game with 110,000 of your closest friends in Happy Valley, Pennsylvania, after tailgating for seven hours with the Big Uglies. A return trip to Austin with a group of millennials last fall for the Iowa State game had me doing the rope-a-dope after six hours of pregaming at the famed Horn Ball Tailgate.

I have attended two more Army-Navy games, with one in a snowstorm in the game’s natural home, the City of Brotherly Love. The pageantry and tradition of Army-Navy is unmatched by any rivalry in any sport.

I witnessed the rare occurrence of a dismantling of Alabama at the hands of Clemson in last season’s Championship game in Santa Clara. And what’s a season without a random “Group of Five” weeknight game like Georgia Southern in the rain? Perhaps the greatest Rose Bowl in history between Oklahoma and Georgia in a sea of red and crimson took place in front of these very eyes last year. The outcome is not what I wished for, but I am glad to have witnessed it live.

This fall’s schedule is ambitious, as we balance family obligations with one triple-header weekend at Cincy and Louisville, Kentucky, combined with marquis weekends at The Big House featuring Notre Dame vs. Michigan, OU at UCLA in the Rose Bowl stadium, and a night game of Florida at Death Valley, Louisiana. We will also be personally hosting tailgates when Notre Dame comes to Stanford and Boise State comes to San Jose. In all, we have 15 games scheduled.

Part of me never wants this journey to end, but I know I will eventually reach the summit. I enjoy so many of the stops I have made already that I am revisiting them multiple times before I reach my ultimate goal. It is important to me to complete this journey with as many family and friends as possible, because I’ve learned it’s the people who make the experience so much richer. 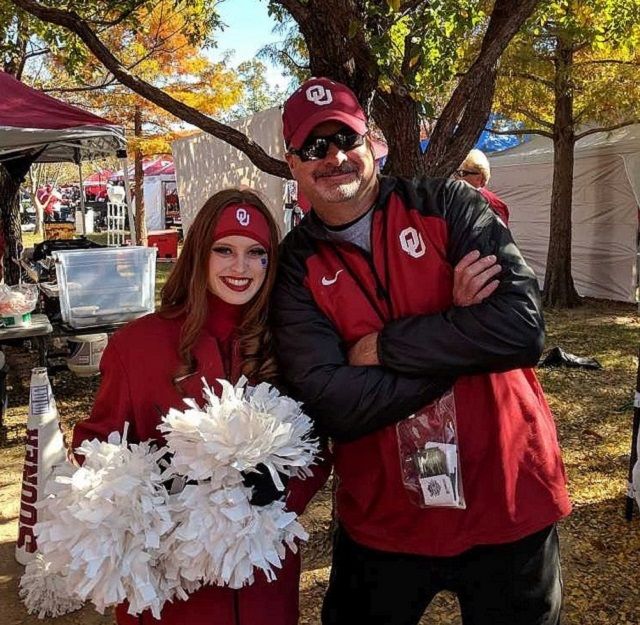 Dan Donnelly owns Tailgate Connect (tailgateconnect.com), connecting people wanting to tailgate with established hosts at over 30 college and six NFL markets, and he can be heard regularly on OU Sooner Football Fan Podcast.