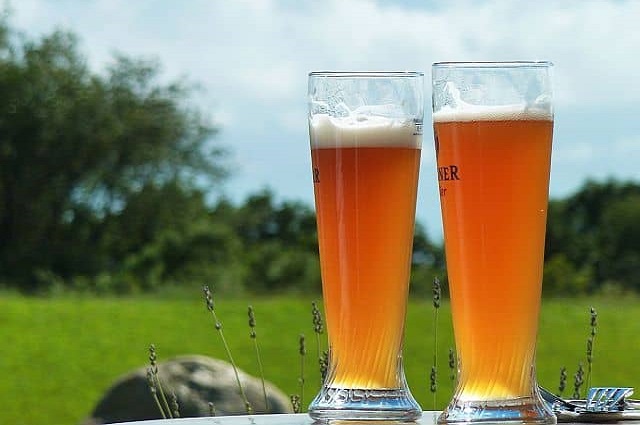 Sustainable, environmentally friendly, eco-conscious—they’re not buzzwords that apply only to cosmetics, paper goods or architecture. They’re popping into industries like grape hyacinths burst from the soil each spring. The beer-making business is no exception. If you care about Mother Earth, then celebrate Earth Day (April 22) at one of these breweries that strive to reduce their environmental footprint.  While enjoying your eco-friendly beer be sure to consider what types of food go well with it. Here is a guide to beer and food pairings

One of the originals with a “green” claim is Mother Earth Brewing in Kinston, North Carolina. Run by Stephen Hill and his son-in-law, Trent Mooring, this brewery carries a Gold LEED certification, awarded in 2013 by the United States Green Building Council. Mooring talks about the duo’s desire to build a first-rate brewery that stayed true to their name, saying “Being green can be easy, and making, simple, educated product decisions during our design phase was critical to our overall objective of a low-impact brewery.” Hill and Mooring considered every detail, from a solar array that enables the brewery to be operated 100% by solar power to blue-jean insulation to cistern-caught water in the toilets.

As for Mother Earth’s brewing process, well, that’s green, too. Spent grain is shared with local farmers instead of going into a landfill. Grain bags are donated to the North Carolina Forest Service to be used in the agency’s efforts to reseed the state’s forest. Finally, the brewery grows its own hops right in Kinston. Stop by this Earth Day when 25% of Mother Earth Brewing’s taproom sales will support the ongoing development of the East Vernon Neighborhood Bee Yard. Not nearby? No problem. Look for their most popular brews—Long Weekend IPA, Weeping Willow Wit, and Endless River Kolsch—at your favorite beer stores in North Carolina or on the brewery’s online store.

Central Waters in Amherst, Wisconsin, supports its tagline of “Ale Sun Earth and Sky” with sustainable brewing practices. They admit the beer comes first (after all, that’s why they’re in business—to make and sell great beer): “it is our passion, and so is being a responsible steward of our environment.” No buts here; Central Waters is all about tasty beer AND focused sustainability. Thankfully for craft beer drinkers, they do both well.

The brewery has earned a place in Wisconsin’s Green Tier program and is the only brewery in the state’s Green Masters program. Practices such as sourcing ingredients locally and regionally further bolster the brewery’s green reputation. The beers, meanwhile, have earned awards at prestigious competitions, including the U.S. Open Beer Championship.  So, the next time you’re in east-central Wisconsin, marvel at Central Waters’ sampling room bar made completely of recycled materials while sipping the brewery’s top-rated Brewer’s Reserve Bourbon Barrel Stout or Brewer’s Reserve Bourbon Barrel Barleywine, and other styles.

In addition to brewing with local ingredients and operating sustainably, a few breweries actively help fund environmental nonprofits. San Diego’s Pure Project, Nashville’s Bearded Iris Brewing, and Fort Collins’ New Belgium Brewing are members of 1% for the Planet, a network of individuals and businesses that give 1% of their sales back to the environment, regardless of whether they’re profitable. Yvon Chouinard, founder of Patagonia, and Craig Mathews, founder of Blue Ribbon Flies, launched the initiative. The intent of the program, explains Chouinard in his book “Let My People Go Surfing”, is to help fund these diverse environmental organizations so that collectively they can be a more powerful source in solving the world’s problems.” 1% for the Planet suits Pure Project very well because the brewery’s owners believe that if you love something, then you protect it.

With a backstory that includes Costa Rica, where environmental protection is top of mind, the mission of 1% for the Planet is a natural fit. It seems Pure Project regularly releases new beers and collaborations, including an April 22 can release of Private Island, described as a “Murky Triple IPA with Coconut, Sabro Cryo, Motueka, & Cashmere Hops.” Bearded Iris Brewing touts its participation in 1% for the Planet on its cans. In a statement on Facebook, the brewery announced the partnership as “one piece of a larger mission we’re undertaking at Bearded Iris to evaluate our impact and ensure that we are purposefully and actively working for the betterment of our community, our city, and our world.”

Sounds like the ideal rally for the brewery’s “Attention Please!” a highly appreciated double IPA with 100% Citra hops. Last, but not least, New Belgium. It was the first brewery to join 1% for the Planet, becoming a member in 2008. The brewery remains committed to the program by giving 1% of sales from its Fat Tire Family and Mountain Time Lager to ensure Mother Earth’s resources are protected. Cheers to that!