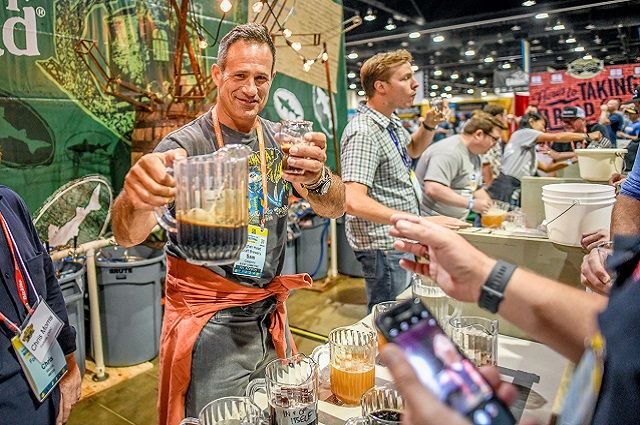 Disneyland may claim it is the happiest place on Earth, but beer-loving adults shake their heads at such a notion.

Nah-uh—the Great American Beer Festival (GABF) is their happy place. A place where 800 breweries turned out in October with more than 4,000 beers.

Some folks dressed in costumes, many wore pretzel (or other snack) necklaces—all showed up to taste craft beers from brewers in Maine and Florida to Washington and Hawaii, and all states in between. By the end of the three-day event at the Colorado Convention Center in Denver, roughly 60,000 people had discovered their next favorite beer as they walked the Festival Hall sipping one-ounce pours. 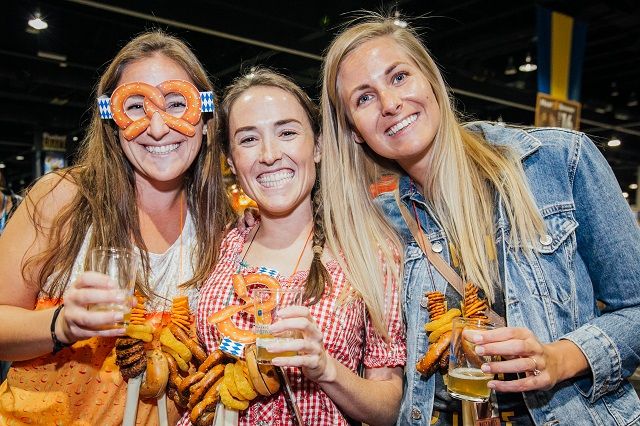 GABF is a giant beer playground, complete with cornhole, a silent disco party, putting greens, chair massages, food trucks, swag giveaways, and live music. It is the place to wear a crown of hops or a knitted cap that looks like a hop. Here, you feel playful but mature.

Every category of beer is available to try, and if you like one, you can go back for seconds, thirds, fourths. In fact, the 37-year-old festival represents the largest assembly of American beer ever served in one place. And if you drop your tasting glass, the crowd nearby lets you know with a gregarious, harmonious, loud “Ohhhhhhhh!” (Truth be told, the spirited outburst makes you want to drop another.)

For all its fun, GABF has a serious—albeit casual—side. The event, hosted annually by the Brewers Association, lacks pretention, which makes it comfortable to approach brewers to talk about the latest ingredients or get homebrewing tips. You can attend presentations to expand your knowledge about how to make beer, taste beer, or start a brewery.

Plus there’s the competition, which, once the winners are announced, results in lines of people at the winning breweries’ stations praying that the gold, silver or bronze winners aren’t tapped out before they reach the front.

With such a mix of fun, education and downright deliciousness, it’s no wonder GABF makes the list of top 1,000 places in the U.S. to visit before you die. And you get to see and taste what’s changing within the industry’s palate. Those trends that emerge from the festival, then migrate to local craft breweries to share even more of their beer love near you. 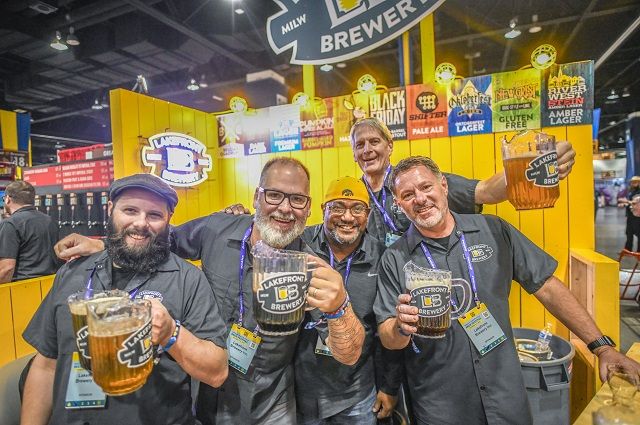 The barrel brewing trend is so popular that Jameson, makers of Irish whiskey, returned for the second year as a festival sponsor, setting up the Jameson Caskmates Barrel-Aged Beer Garden. Besides featuring limited-edition, barrel-aged beers from 22 breweries (up from 17 in 2018) and sending its whiskey-soaked barrels to breweries across the States, the spirits company takes some of those beer-soaked barrels back and refills them with Jameson to craft its Caskmates series. Currently, the triple-distilled whiskey series includes a stout and an IPA edition.

Winners of the Top 5 Most-entered Categories