6 Gluten-Free Beers You Should Try 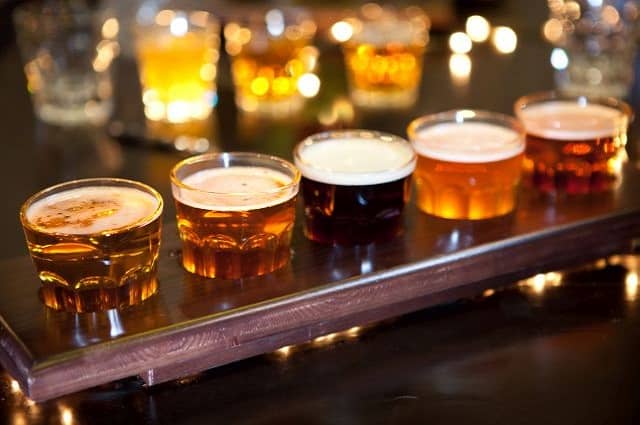 According to the Homebrewers Association, brewers have a range of gluten-free grains from which to make beer: rice, corn, millet, buckwheat, sorghum, teff, amaranth, arrowroot, quinoa and certified oats. That depth allows for a lot of experimentation and innovation within the gluten-free category as well. Many of these gluten-free grains are available in malted form. Some reportedly even contribute to the desired profile either equally or better than their gluten-full grain cousins. As a result, gluten-free beers are not boxed into a particular style—they can, in fact, be any style—although they often are their own beer-competition category. Check out this six-pack introduction to the world of gluten-free brews.

This robust porter is described as a malty dark ale with roasty flavors and balanced bitterness. It earned silver at the 2020 Great American Beer Festival (GABF) in the gluten-free category and is now being bottled in four-packs. Fans in the Milwaukee area can find the four-packs at several Total Wine locations and 22-ounce bombers through the brewery’s online store. http://www.altbrew.com/our-beer.html

When beer drinkers call it a “solid IPA” or the best gluten-free IPA they’ve ever had, you know it’s one to try. Plus, it brought home a gold medal from GABF’s gluten-free category in 2020. This hazy IPA carries a 6.7% ABV and medium-low bitterness. Notes of mango, peach, orange and papaya highlight the flavor profile. Extra quinoa adds to the hazy look. Aurochs Hazy IPA is distributed in Pennsylvania and Connecticut and via direct shipping to certain states. https://aurochsbrewing.com/

Modeled after the brewery’s Bombastic Hazy IPA, which earned gold at the 2019 GABF, Big Henry is golden in color and, like its name suggests, plenty hazy. Expect tropical fruits, pine, citrus and melon on the nose and a similar blend, plus hops, in the mouth. It’s available in cans and is distributed in Colorado and Arizona at restaurants and supermarkets, including Whole Foods. https://holidailybrewing.com/beers/

It might seem unfair to highlight two beers from the same brewery, but in this case, no. ALT Brew keeps brewing up gluten-free award winners. This copper ale has earned silver at the Great American Beer Festival and bronze at the World Beer Cup. It is made with roasted millet. With a 5.1 ABV and chocolate overtones, it’s an easy-drinking beer. Order 4-packs online or from Total Wine locations in Wisconsin. http://www.altbrew.com/our-beer.html

Although marketed as gluten-free, Daura is actually a globally award-winning reduced-gluten lager brewed in Spain that has distribution throughout the world. It won gold most recently at the 2019 World Beer Championships. Its popularity stems from its sessionable quality that is akin to lagers sold by other corporate breweries. It is generously carbonated, smooth and straw colored. It finishes with a bitter taste and is best enjoyed cold. https://www.damm.com/en/beers

Time to get boozy! This GABF 2019 bronze winner and 13.5 % ABV millet beer has been barrel-aged in corn whiskey barrels. It is appreciated for its aroma of white chocolate-covered cranberries and blonde toffee and pleasing notes of cherry, candied ginger and whiskey. Standard 750 milliliter bottles are available from the brewery or at New Seasons, Whole Foods, Green Zebra and other markets throughout Oregon and Washington. https://evasionbrewing.com/