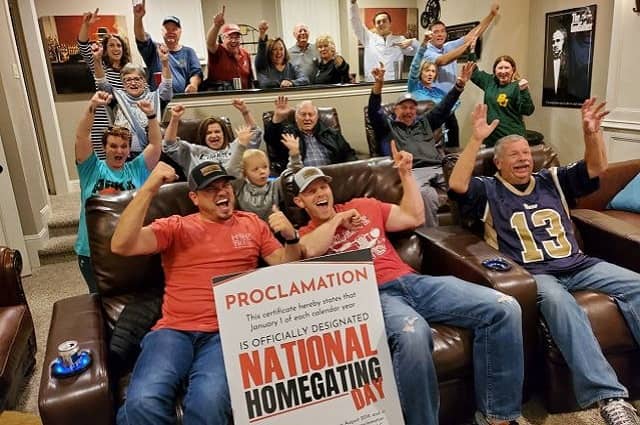 The NFL’s 2021 Super Bowl attracted 96.4 million viewers. It’s the lowest watched Super Bowl since 2007, when the Indianapolis Colts played the Chicago Bears. However, the game was the most live-streamed NFL contest ever with an average minute audience of 5.7 million viewers.

Due to the COVID-19 pandemic, Super Bowl LV was also the lowest-attended Super Bowl ever. Raymond James Stadium seats 65,890 fans. The game’s official attendance was about 25,000 live fans and 30,000 cardboard cutouts. Among the fans in attendance were 7,500 vaccinated healthcare workers in an all-expense paid trip. The NFL recognized healthcare workers during the game.

What didn’t change was the fact that over 100 million people watched the game and nearly half of them said they were either attending a Super Bowl party or having a homegate party at their house, according to a survey by the National Retail Federation.

As we all prepare for the Big Game this year, don’t forget that Super Bowl Sunday is also National Homegating Day.  Luke Lorick with Tailgating Challenge created the official day three years ago.

“Super Bowl Sunday has always been the biggest day of homegating across the country. People who don’t even like football gather together,” says Lorick. “Given that there is a national day for just about everything, I took it upon myself to get National Homegating Day registered as an official day that we can all celebrate.”

Turns out about $87 billion dollars gets spent on celebrating that one game in this country. And online, the puns while homegating didn’t stop on Instagram—”Nothing like spending Super Bowl Sunday with friend-chips.” “Feeling tail-great at the Super Bowl party.” “This beer is my number one draft pick.” “Winging it.” “Someone pass the guac. I’m wide open.” and “I’m looking for a wine that pair wells with pretending to know what’s going on in the football game.”

But Lorick says there’s room for improvement in pulling off a good homegate. Just because it’s inside the house or on the backyard BBQ patio deck doesn’t mean you skimp on the essence of tailgating. It’s not a barbecue, it’s a re-located tailgate.

1. “Seems like a no-brainer, but a few degrees can make a big difference” Lorick explains about his particular pet peeve of tepid drinks. You’re home, after all, so use the fridge and keep your reserve of beverages cold. “A mini-fridge near the TV will ensure cold drinks are available during the game without making a trip to the kitchen,” adds Lorick, since even the commercials are worth watching during Super Bowl.

2. “Games don’t stop just because you’re at home,” he says. Whatever you play in the parking lot, set it up in the yard, down the hallway, or get the Nerf indoor version. It’s a tailgate, not just a party. “Make sure you keep hand sanitizer near the game to ensure safe play for all,” suggests Lorick for this upcoming game.

3. “We are in a pandemic – still, so keep the guest list under 10 people as a good benchmark,” Lorick says. “Set up multiple TVs in the house, so guests can maintain social distancing while still being together,” he suggests, like a mini tailgate lot. “Don’t have a buffet. Have a single person serve all the food after cleaning hands and wearing a proper facemask to ensure no transfer of germs to the food.”

4. “I’ve seen too many partygoers overindulge and hurt themselves or others,” recalls Lorick, so put everyone’s car keys in a basket and only give them back when it’s safe for them to be behind a wheel. Get a personal breathalyzer. Not everyone will trust your judgment. “Seeing is believing,” he says.

This coming February 13th will be the 4th annual National Homegating Day. Share your homegates with us by tagging @Tailgatermag and @TailgatingChallenge and add #NationalHomegatingDay to your posts. Remember: Don’t Hate, Just Homegate.