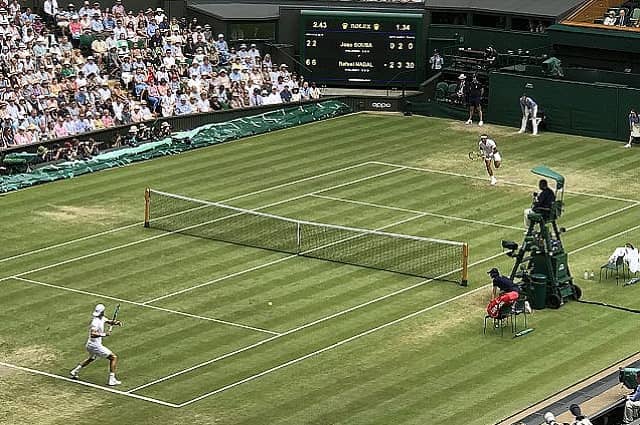 The most prestigious tennis tournament in the world returns as Wimbledon is set to take place June 28 through July 11. There has been a lot of drama in the tennis world already this year with Naomi Osaka speaking out about her mental health issues and her desire to not speak to the media. She has already withdrawn from this tournament, which came as a surprise and maybe even a relief to some of the other female tennis stars who are aiming for wins.

The Wimbledon Championships are played on the beautiful courts outside of London in the United Kingdom. There is a qualifying round that hopefuls must compete in that starts on June 28 and this year it is not open to the public. While those who qualify in these rounds do not typically go all the way to the final, there are still some who have made great runs in the past.

This year, the favorite for the men is Novak Djokavic. It is easy to see why he is so popular and will be the one to keep his eye out on during Wimbledon. He already has two championships this season and is going for number three. With another championship win, Djokavic will tie the record of 20 that has been set by Rafael Nadal and Roger Federer. Not to mention, a third win will get him that much closer to a calendar slam which hasn’t been successfully completed since 1969 by Rod Laver.

He is coming off a win at the last Wimbledon tournament in an incredible finals match against an aging Federer. Djokavic found himself on the ropes in that one but still managed to pull off an epic comeback and prove why he is the currently the world’s best tennis player. At 34-years-old, this will be one of the last opportunities for Djokavic to complete a calendar slam.

For the women, Serena Williams is the woman to beat after Osaka dropped out. She is going for her eighth Wimbledon championship and her 24th major championship. As she continues to get older, she continues to stay in top shape and should be motivated to win another trophy. While she is not necessarily the favorite, it would be unwise to call her an underdog as Serena has more experience on these courts than any other woman in the tournament.

The favorite on the women’s side is Ashleigh Barty who at just 25-years-old is the number one player in the world and has already notched 280 career wins. She has gone 5-4 in the past at Wimbledon and has not yet won a title there. She has an impressive record as a doubles player but now as a singles player will be looking to make her mark in that arena. Although Barty is young, she turned pro in 2010 and has veteran experience that not many others can claim. She could end up on the final stage.