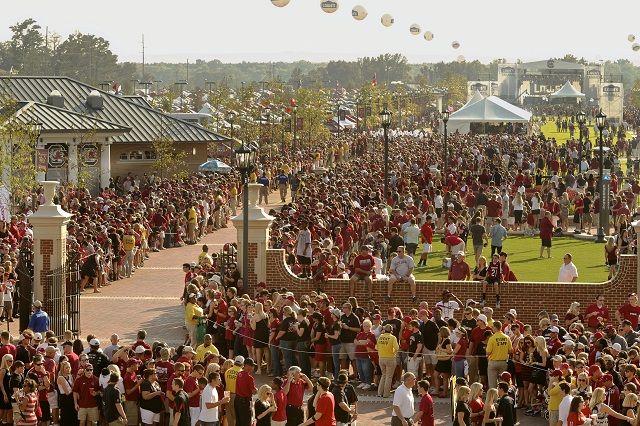 As head coach Will Muschamp enters his fourth year with the Gamecocks, the team appears deeper at every position. However, the 2019 schedule will do him no favors in improving upon their 7–6 record last year. The slate includes Clemson, Alabama, Georgia, Florida, and Texas A&M. It’s unlikely the Gamecocks will be favored to win any of those games.

Fret not tailgaters, as the pregame party scene in Columbia is alive and well. Pulled pork smothered in South Carolina barbecue sauce is a staple in the various parking lots, and there’s plenty of sweet iced tea as well.

Other traditions involve popular songs. With its origin dating to the 1983 season, it is as popular as ever to hear “2001: A Space Odyssey” as the Gamecocks enter the field while over 80,000 delirious fans wave their white towels. With mascot Cocky and the team running out through smoke and fire towers, it is arguably one of the most dramatic entrances in college football.

However, it’s not officially game day without “Sandstorm” being played. Introduced in 2000, this hit song is played right before kickoff and after the Gamecocks score.

Of course, no Gamecock tailgate story would be complete without mentioning the Cockaboose Railroad. These 22 cabooses—each 270-square-feet—sit next to the stadium, outfitted to provide an ultimate tailgate experience with anything from built-in audio systems and flat-screen TVs to mahogany cabinets and brass chandeliers. While some initial units sold for just a few thousand dollars, it will cost six figures to get one today. 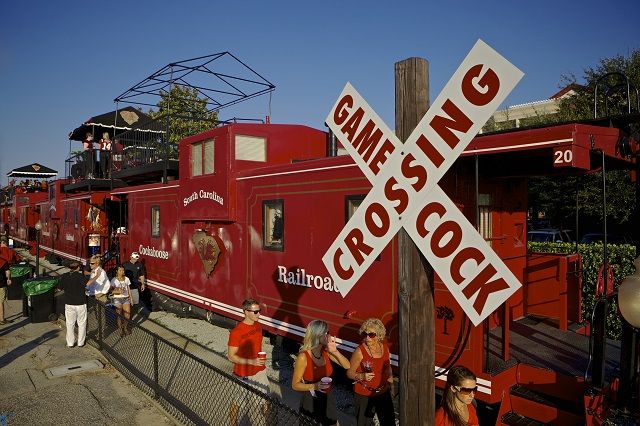