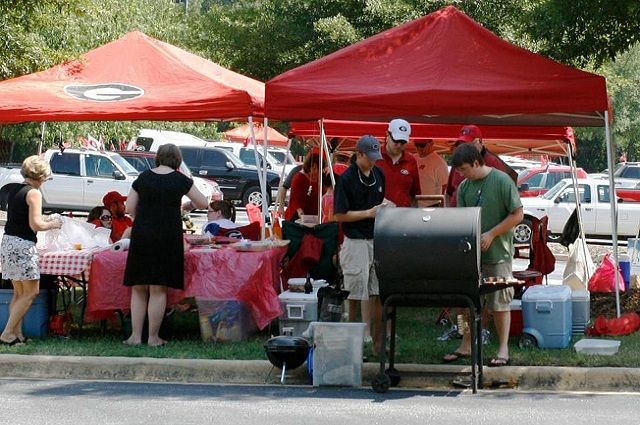 Let’s face it, Georgia has one of the top programs in the nation. In head coach Kirby Smart’s fourth season, there’s really only one thing left to do—beat Alabama and win the national championship. It could be in that order, and it could be in the same game.

Two years ago, the Dawgs had the opportunity to do exactly that and failed to capitalize, losing in overtime 26–23. Now with three consecutive, top-three recruiting classes in the nation, and three-year starter Jake Fromm at quarterback, is it time? We’ll see.

Meanwhile, let’s tailgate in Athens, and “tee it up betweeeen the hedges!” as the public address announcement bellows each Saturday before kickoff. The Bulldogs have several great traditions. However, a perennial fan favorite is a lone trumpeter standing in the southwest corner of the upper deck playing the “Battle Hymn of the Bulldog Nation.”

A more frantic tradition is the ringing of the Chapel Bell. Following a home game victory, students make a mad dash to ring the bell and continue late into the night. Don’t miss out on the Dawg Walk, either, as the players enter Sanford Stadium two hours before kickoff.

For tailgating, head to Myers Quad. Near the stadium and right in the middle of the campus action, its grassy area ringed by historic buildings makes an ideal tailgating spot. Milledge Avenue, with its rows of fraternity and sorority houses is another hot location.

Last, but not least, there’s Uga, the lovable white English bulldog that serves as the team mascot. Who doesn’t love a saggy-faced, serious-looking dog built like a small tank? 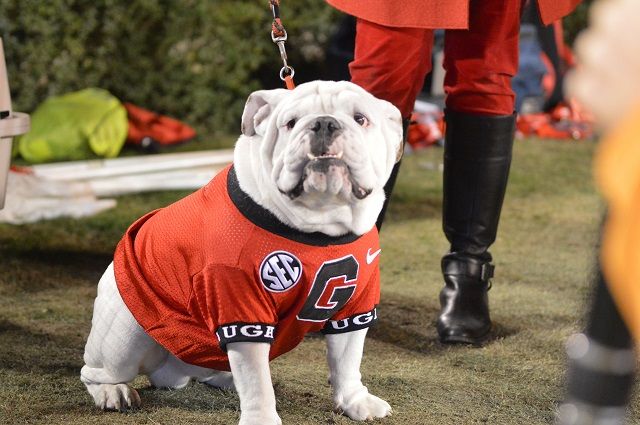