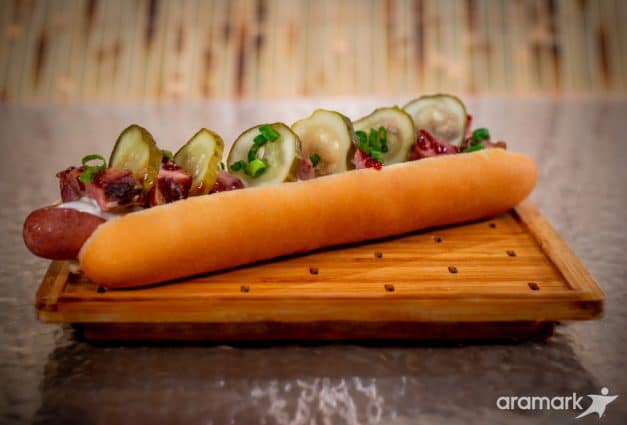 The 6 Craziest Ballpark Foods For 2019

If you’re planning on attending a big league baseball game this year, break out the antacids. You’re going to need them. Concession stands at stadiums around Major League Baseball are unleashing some new culinary inventions in 2019 that will most certainly test your gastrointestinal system – and the laws of physics in some cases. Here are six of the craziest new offerings Major League Baseball concession stands this season.

One of a handful of new items at PNC Park, the first bite of the cinnamon chipotle tater tots is certain to make your taste buds wonder what the heck just happened. These tater tots are topped with pulled pork spiced with cinnamon and chipotle, green & red onions, and chipotle maple syrup all served up in a miniature Pittsburg Pirates helmet bowl.

JUST IN: The 2-pound chicken tender being sold at @Rangers games, called the "Fowl Pole," which comes in its own carrying case on a bed of fries, will be priced at…drumroll please…

The new donut burger somehow seems an appropriate addition to a city that is known for a steak sandwich smothered in Cheez Wiz. Phillies fans can now enjoy the pleasures of watching a ball game while noshing on a burger with cheese, bacon, pepper jam between two glazed doughnuts. 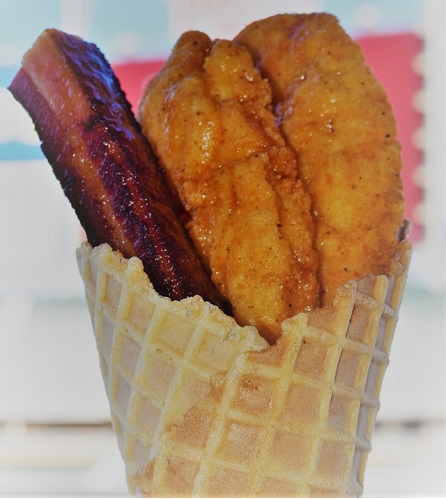 Around Major League Baseball, waffle cones are all the rage with several stadiums experimenting with some interesting filling options. One of the more interesting ideas is the chicken and waffle cone at Target Field in Minnesota. Starting with a large, traditional waffle cone, the concession is filled with two chicken tenders and slab of thick-cut bacon the size of a Churchill cigar, drizzled with maple syrup. 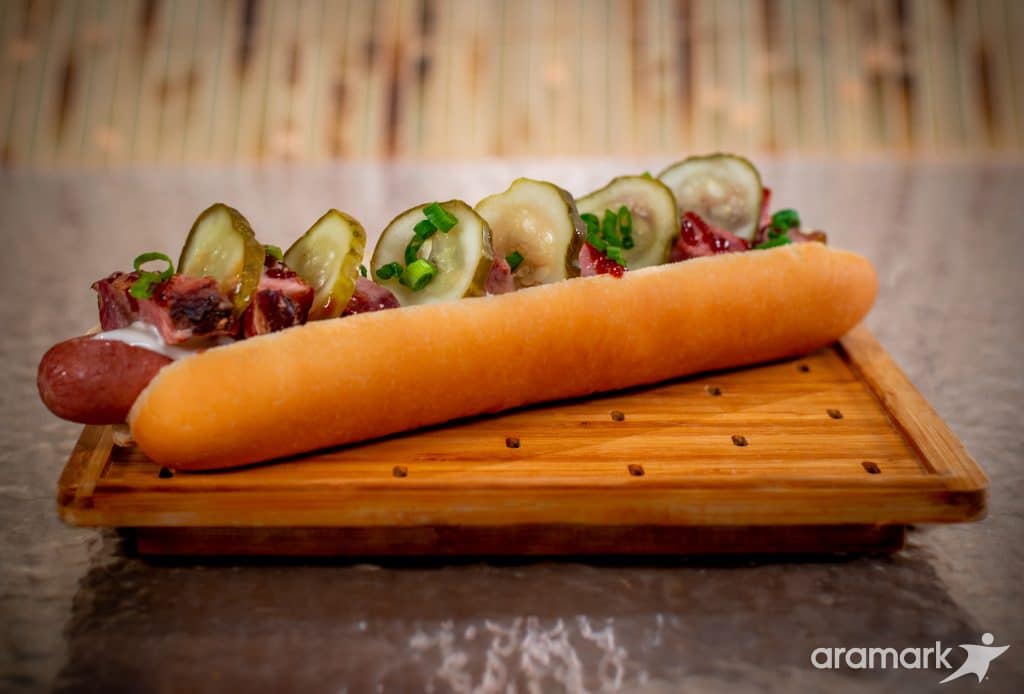 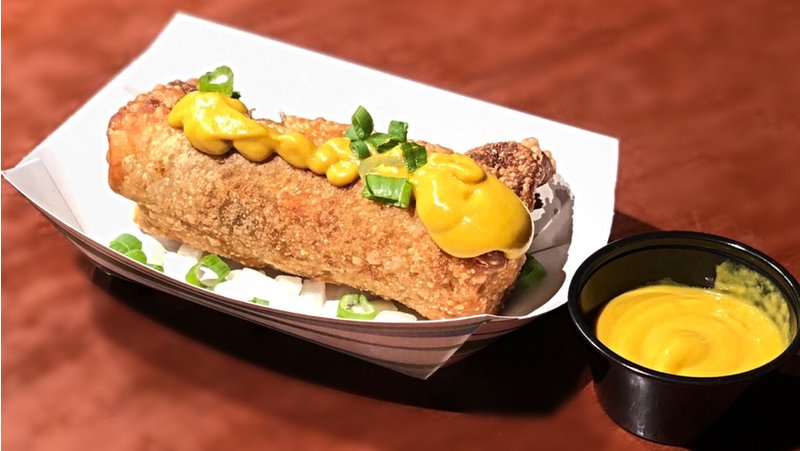 The first thing you need to know about this item is it’s deep fried. If that isn’t enough to pique your interest, consider this. The Coney Dog Egg Roll is an egg roll filled with a hot dog and meaty chili topped with yellow mustard and green onions.