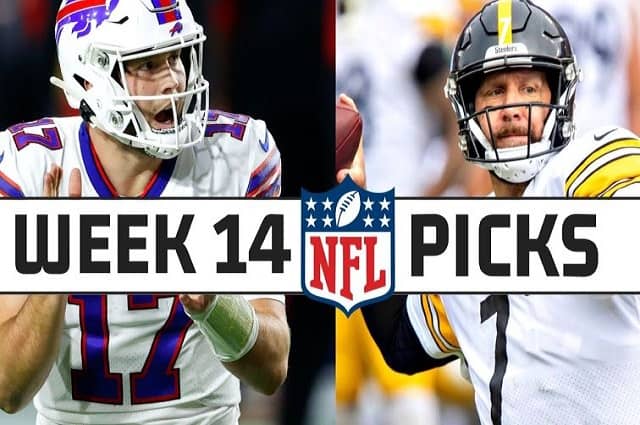 There is nothing better than when the NFL playoffs are decided in Week 17 of the season. This year, it looks like that may be the case as the NFC West seems up for grabs and the AFC South is going to come down to the wire. While the NFC East is still a mess the Giants served notice to the rest of the league with their victory over Seattle. Then, in the upset of the season, the Washington Football Team shocked the Steelers. Every game is a must-win at this point for teams trying to slide into the playoffs and there are plenty of important games this week. Here are the Top 3 Week 14 NFL games.

The Bucs have had a sinking ship in two straight weeks after tough losses to the Los Angeles Rams and Kansas City Chiefs. There are seven playoff spots in the NFC up for grabs and number six is owned by the Bucs with a 7-5 record and number seven is owned by the Vikings with a 6-6 record. Simply put, this is a huge game to see who could cling onto one of the final playoff spots. Tom Brady has to clean up the turnovers and the Vikings will have to find success for Dalvin Cook on the ground against a very good Bucs run-defense. This is a game that the Bucs should win, but their offensive execution must improve after two subpar performances. This could be an opportunity to beat up on a weak Vikings secondary to get their mojo back.

The Steelers were probably looking ahead to this game when they overlooked the Washington Football Team last week.  The Bills are in first place in the AFC North, but the Dolphins are close behind. Buffalo has an incredibly potent offense and Josh Allen is having his best season in the NFL.  However, the Pittsburgh defense is no joke and this will be a true test for both teams. On the other side of the ball, the Bills defense has taken a big step back from last season but is facing a Steelers team that has been hit or miss on offense. While the Bills just need to hold off the Dolphins in the North the Steelers need to keep pace with Kansas City if they want to have a first-round bye. This will be a game that helps decide seeding in the AFC and should be a good one.

This is the second straight week where we are ranking the Browns in the top-three games and that is largely because they are 9-3 and looking for their first playoff berth since 2002. They have officially locked in their first winning season since 2007. If the Steelers stumble again, the Browns face them in the final week of the season that could determine the division winner.  The Ravens aren’t the team we thought they would be this season. Lamar Jackson has been inconsistent, but there is no ruling them out. While they are on the outside looking in at a playoff spot, they have a fairly easy schedule the rest of the way and they defeated the Browns 38-6 last time around. This will be a great test to see if the Browns really are a legit contender.