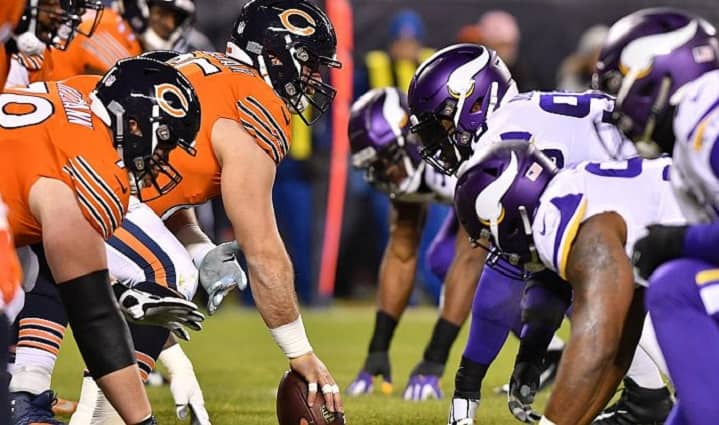 We blinked and it’s already Week 10 of the National Football League season. Somehow the Pittsburgh Steelers are the only undefeated team in the league, the Miami Dolphins are a legitimately good team, the New England Patriots aren’t good at all and Russell Wilson is an MVP candidate. Needless to say, the NFL in 2020 is just like 2020 in general.

Division races have been super tight and there are a few games this weekend that could be instrumental in determining a winner down the stretch. Two of the top three NFL games this week are in primetime and another one will be the best game on Sunday. It’s going to be the perfect time to do nothing but sit around on your couch Thursday, Sunday and Monday to watch NFL football.

A few weeks ago the Tennessee Titans were one of just three undefeated teams in the NFL. Since then, they have gone 1-2 and suffered a bad loss to the Cincinnati Bengals. This week, they’re playing on short rest and taking on the Indianapolis Colts who have been hit or miss. The Titans are 6-2 and the Colts are 5-3 and this will be the first game of two that they’ll play against each other in a three-week span. Derrick Henry and the Titans offense has been one of the toughest to shut down in the NFL, but the Colts have a top-three defense. Philip Rivers has made it evident that this will be his last season in the league so perhaps Indy has some extra motivation but it doesn’t feel like they can keep up with this Titans team on the road.

The NFC West is the best division in football and it’s not particularly close. Each team has a shot at winning the division. The Seahawks are in first with a 6-2 record but the Rams sit just a game back and are coming off a bye week with rest. Seattle will play their second straight game on the road and are coming off a brutal loss to the Buffalo Bills where their defense allowed 44 points and Russell Wilson turned the ball over twice. Wilson is having an MVP-caliber season, but he has a tough matchup against a defense that is led by Aaron Donald. The Rams have had some concerning offensive struggles this year but this could be a bounceback game against one of the statistically worst defenses in NFL history. Surprisingly, the Rams are favored and it could be a massive momentum swing in the West.

The Vikings began their season 1-5 but they’ve won two straight games and are now 3-5. The Bears began 5-1 but have lost three straight games and are now 5-4. The Packers are the leader in the NFC North, but they are bound to be challenged by one of these two teams. The Vikings already have a big win over Green Bay and if they can win a third straight, there is no telling how high this team can go. Nick Foles is not playing well and there have been rumblings of bringing Mitch Trubisky back into the loop. This is a classic NFC North matchup and despite the records, it could have some meaningful impact on the division race.