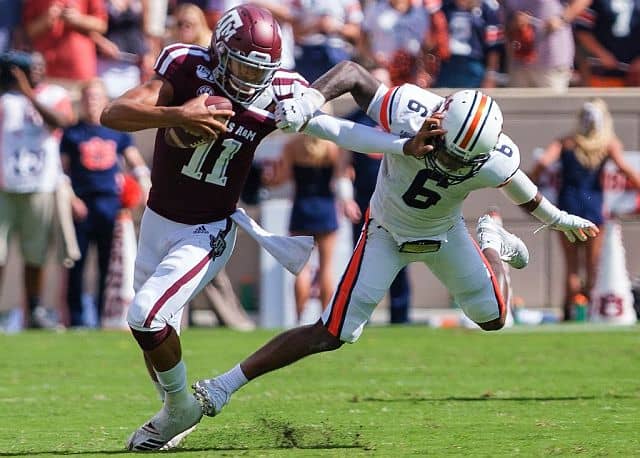 There was a lot of excitement last week in college football with rivalry games galore and a couple of big upsets, we are looking at you Oregon and Northwestern. Now that the landscape has been set with the College Football Playoff, each game seems to be a bit more intense as a small stumble can make all the difference for a team’s chances. This week, the top four AP-ranked teams all have it easy with games against unranked teams, but sometimes those are the upsets that no one sees coming. Here are the Top 3 College Football Games in Week 14.

Any other year, this Big 10 showdown would probably be a snooze fest and Wisconsin would roll over the Hoosiers, but 2020 has been different for Indiana. They are 5-1 with their sole loss coming against Ohio State. Quarterback Michael Penix Jr. tore his ACL in the win against Maryland last week and that is a huge loss for the team.  Jack Tuttle, a transfer from Utah, replaced Penix against Maryland and will be the starter this game. Wisconsin has struggled to stay on the field this season due to the Coronavirus, but they still have a roster filled with top-ranked recruits and a winning culture. This game will be all about pride for the Badgers as the last time they lost to Indiana was in 2002. Since that loss, Wisconsin has beat Indiana every time since, even winning a game by a score of 83-20.

This is a game that will have a huge potential impact on the College Football Playoff. The Texas A&M Aggies are currently the first team out, mostly due to their win over Florida earlier in the season. Despite being 6-1, the Aggies have struggled to blow out some inferior teams.  They won their season open against Vanderbilt by only five points and last week they beat a bad LSU team by only 13. Auburn already has three losses on the season, including an inexplicable defeat to South Carolina, a team that A&M beat by 45. However, the Tigers get the advantage of playing this game at home and their players could be riled up after coming off a 42-13 beatdown in the Iron Bowl. Auburn is 4-1 in their last five against the Aggies.  If Texas A&M gets upset in this game, they can kiss their CFP hopes goodbye and maybe even a New Year’s Six Bowl Game.

With ESPN’s College Game Day set to broadcast from the Coastal Carolina Campus, this game should be one of the most competitive and fun games to watch all weekend. The Chanticleers were originally scheduled to play #25 Liberty.  However, that game was canceled because of COVID-19 protocols and precautions within the Liberty program.  This could work out well for Coastal Carolina. They are undefeated and taking the Sun Belt by storm this year, with a chance to play in an impressive bowl game for the first time ever. If they can beat BYU and continue to go undefeated, there’s a chance they could find themselves in a New Year’s Six Bowl. These are two teams with offenses that each average over 37 points and 440 yards per game. If you are looking for a shootout instead of a number one ranked team versus a nobody, this is a great game to watch.

*Editor Note – All rankings are according to the AP Poll.