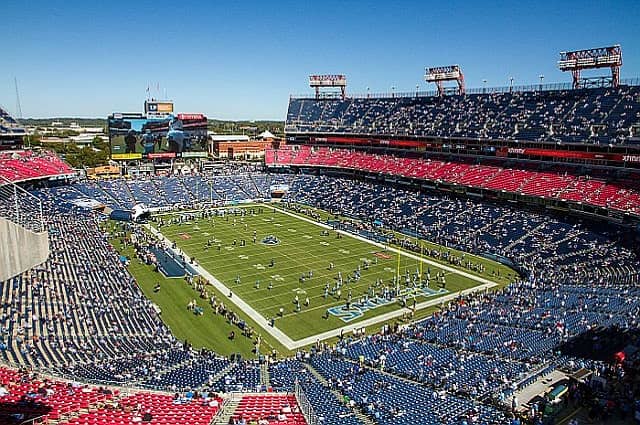 Week 6 in the NFL was shocking and one for the books. When I tell you I stood in front of my television Sunday with my jaw dropped, I am not exaggerating. The Steelers beat the Bucs. The Jets beat the Packers. The Giants beat the Ravens. The Falcons beat the 49ers. It felt like there was no rhyme, no reason for why it all happened. But it did, and it was glorious. Let’s hope this week is just as entertaining. Here are the top 3 2022 NFL games week 7.

I know…am I for real with this matchup? When you look at their records, they are both 3-3. But honestly, these two teams have been pretty solid this season with each of their losses being very close games – none by more than six points. The Falcons beat the Niners by two touchdowns last week and the Bengals seemed to find some offensive rhythm last week. This Falcons defense has been legit the last two weeks, and it could be a pretty fun battle to watch. Joe Burrow had his best game of the season against New Orleans and while it might not be as easy against Atlanta, he has the weapons to go off. Marcus Mariota has been a pleasant surprise so far this season and very well could give Cincy a run for their money. I like this game to be close. Prediction: Falcons 21 Bengals 25

The Colts picked up a big, come from behind win against the Jacksonville Jaguars who have been much better than their record indicates. The Colts were without a ton of starters in that game, including RB Jonathan Taylor, and still pulled off an impressive win. Next up is a Tennessee team that has been really hard to get a read on. If Taylor is healthy in this game, it’ll be a battle between two of the top running backs in the league and it could come down to those two to see who pulls out a win. The defenses are similar for both with a slight nod in the Colts favor. I would say for the rest of this season, Colts coach Frank Reich is battling for his job. It’s time to buckle up and start scoring a mad amount of points. This could be the game where they do it. Prediction: Colts 30 Titans 23

Who doesn’t like a recent Super Bowl matchup? Especially when it is the same two quarterbacks and head coaches who are going head-to-head. It seems like it happened forever ago, but it wasn’t that long ago that these two were the best in the league and battling it out in a very entertaining Big Game. The Chiefs are coming off a loss to Buffalo that they suffered at home. Now they’ve got a chance to head to SF and take advantage of a Niners team coming off a loss to the Falcons. SF is playing in a division that isn’t going to be as competitive as it has in the past while it seems like the Chiefs still control their destiny in the West. I’d say this game is far more important for the Niners and playing at home is a huge key. However, I wouldn’t want Mahomes and Co. coming off a loss, good luck to them. Prediction: Chiefs 28 49ers 17