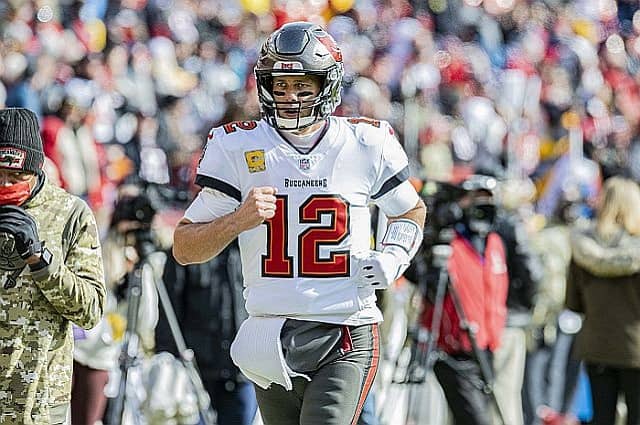 IT IS HERE.  We have been waiting patiently since February for the NFL to return and this is the week it all goes down. There are a ton of incredible matchups and there could be some great rivalry storylines in the works. This schedule has come together in a very fun way, and I can’t wait to watch it all unfold. Let’s look at the top 3 2022 NFL games week 1.

We have the Super Bowl favorites for 2022 taking on the reigning champs from 2021. It is truly Super Bowl or bust this year for the Bills who have been re-energized by Josh Allen and company. They get a crack at the Rams who are obviously feeling high and mighty coming off their Lombardi raise on their home soil. This game will be played in LA and by all accounts should be a crazy atmosphere as the trophy will be present, the rings will be on display, and a whole lot of Hollywood hoopla will be going down. I love the Bills this season and it’s going to be tough for me to bet against them. On top of that, I fully believe in the Super Bowl hangover curse, and I think a lot of teams can come out slow, especially in primetime and in a big spot. Prediction: Bills 28 Rams 25

This was our opening night matchup from a year ago and it didn’t disappoint. The Cowboys were very close to taking down the Bucs on the road, but Tampa found a way to just barely squeak out a win. This time around, the two teams will be playing in Dallas, but Tampa is favored and for good reason in this matchup. The Bucs have a potent defense that ranks up towards the top of the league. The Cowboys lost a few weapons from a season ago that aren’t all that easy to just replace. Consider that Tom Brady might be playing in his final opening weekend ever, and there is a lot of incentive for this Tampa team to take care of business in week 1. Prediction: Bucs 33 Cowboys 26

By no means will this be the best game of the week. Heck, the Seahawks are likely rolling out a backup quarterback to play in this game. What I am looking forward to is watching Russell Wilson play his first-ever NFL game where he won’t be wearing a Hawks uniform and it’s coming against none other than the Hawks. This is a game where we will learn how the Seattle crowd will react to the man who sort of forced himself out of the city while also trying to maintain his innocence. The two teams are completely different, one is incredibly strong while the other might have a shot at the first overall pick. I am just looking forward to that first drive for Wilson. Prediction: Broncos 38 Seahawks 14