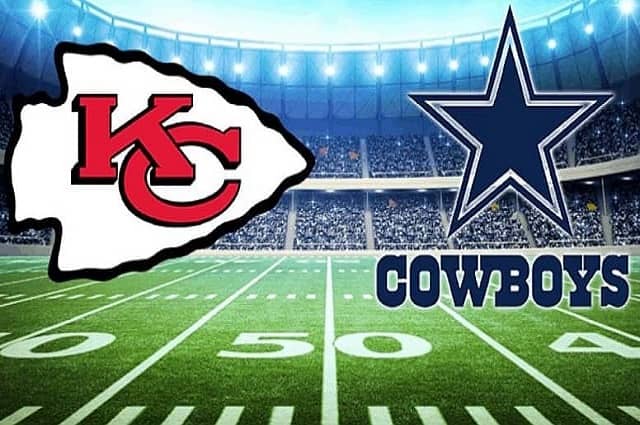 Crazy upsets ruled in Week 10 of the NFL season. The Bucs lost to Washington, the Ravens lost to Miami, the Rams were upset by the 49ers, and oh…it looks like the Chiefs have snapped out of whatever funk they were going through. NFL Week 11 is already here, and it still seems like we don’t have a grasp on the identities of many teams in the league. There are some great games on the schedule this week, let’s break them down.

I love a division rivalry game, and I think the Packers are the best team in the NFL at the moment. But if we have learned anything from this crazy season, it is that the underdogs can run the table at any given point in time. Green Bay is coming off a shutout win over Seattle where they got Aaron Rodgers back but have lost Aaron Jones for the next two weeks. The Vikings are a few plays away from their record being a whole lot better than it is, as all five of their losses are by seven points or less. They’re coming off a road win against the Los Angeles Chargers and have played some very good teams up to this point. We are in store for a running game from both sides. These are two of the more talented rushing offenses in the league and they will pound the ball. Prediction: Packers

The Cowboys bounced back in a massive way after suffering their worst loss of the season to the Denver Broncos the week before. They got a huge win over the Atlanta Falcons just in time for the Chiefs to figure things out and take care of the Las Vegas Raiders. While I still don’t think Patrick Mahomes fully looks like himself, he showed a lot of progress in the win last week and he certainly has confidence moving into a game against the Cowboys. I am hoping for a QB duel in this game. Prescott has been so impressive coming off his injury and a win like this takes Dallas from NFC East favorites to legit Super Bowl contenders. I expect Zeke and Pollard to be heavily involved, but I think the deep ball will reign supreme in whoever wins this contest. Prediction: Cowboys

Cam Newton let everyone know that he is back, and he is ready to get revenge on a league that threw him aside for 10 weeks. Ron Rivera knows Cam better than anyone in the league and while I am not sure either of them have any animosity towards each other, there is no doubt that each team wants to come away with a win. With the recent struggles from Tampa Bay, the NFC South looks wide open and if the Panthers can get Cam to look like a vintage version of himself for just a few games, they could make the race for the division very interesting down the stretch. I think Carolina at home with a Cam return is too much for Washington in this spot. Prediction: Panthers