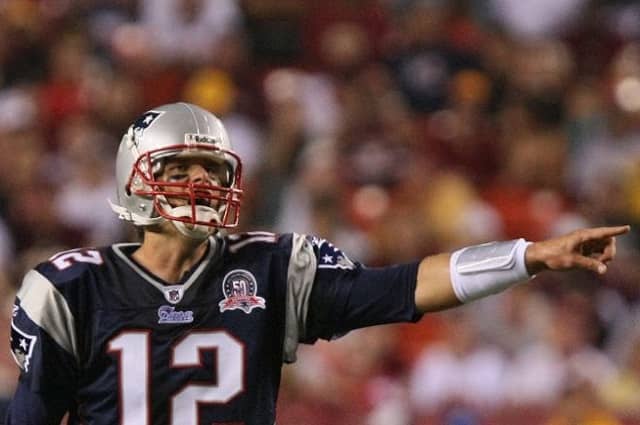 If there is one thing that we know about a Brady Super Bowl, it is that they are all extremely exciting and almost always come down to the wire. His previous nine appearances have resulted in six wins and three losses. This game will be his first time playing in the big game as a member of a team other than the New England Patriots and he won’t have the genius Bill Belichick on the sideline either.

Most of the games he has played came down to a few last plays in the fourth quarter and all kept you on the edge of your seat. This matchup between the Kansas City Chiefs should be just as fun as the others and should be extremely entertaining. With that in mind, here are the Top 3 Toughest Tom Brady Super Bowls that resulted in wins.

In his second NFL season, Brady took over for an injured Drew Bledsoe and made his first NFL start in game three.  The Patriots started the season 0-2, but Brady somehow led them to the Super Bowl. Now, he was tasked with taking down the “Greatest Show on Turf” which was looking for its second Super Bowl win in three seasons. The Rams were averaging over 31 points per game on offense and NFL MVP Kurt Warner had this team clicking.

It seemed like there was no way that a guy named Brady could pull off this upset and the Pats were huge underdogs entering this game. Brady had a lot of help, but in the end, it came down to him and he delivered. The game was tied at 17 and Brady was entrusted to drive down the field for a potential game winning field goal. With less than two minutes left in the game, he drove the team 53-yards on nine plays to set up an Adam Vinatieri field goal that gave the Pats the win and the beginning of their dynasty. Brady won his first Super Bowl MVP trophy.

Interestingly, this year won’t be the first time that Brady faces an Andy Reid coached team in a Super Bowl.  The two matched up in this game when Reid was in Philly.  Reid led the Eagles to a 13-3 record in the regular season, his most successful year with the team. The Patriots were going up against Donovan McNabb and mercurial receiver Terrell Owens who joined the team the previous offseason.  Despite breaking his leg in the 14th game of the regular season Owens returned six week later to play in the Super Bowl and racked up 122 yards on nine receptions.

Although the defense gave Brady a ton of help in this one by picking off McNabb three times, Brady still put together an excellent game, going 23 of 33 for 236 yards and two touchdowns. This was one of the best teams that Brady faced, and they escaped with another three-point win.  This marked back-to-back Super Bowl victories for the Patriots.  They also became just the second team, after the Dallas Cowboys, to win three Super Bowls in four seasons.

Down 21-3 at halftime, Brady and the Patriots certainly had their work cut out for them. After going three and out on their first drive in the second half, Atlanta scored again with less than nine minutes left in the third quarter to take a 28-3 lead.  That’s when Brady flipped the switch. From there on out it was pure Brady magic as he methodically led the team to one touchdown drive after another. With one minute left in the game the Patriots scored a touchdown but still needed a two-point conversion to tie the game and send it to overtime which they did.

This marked the one and only time to date that the Super Bowl went to overtime. The Patriots won the toss and elected to receive.  Brady drove the team 75 yards in only nine plays for the winning touchdown. The Falcons offense never touched the ball in overtime.  Brady attempted a Super Bowl record 62 passes completing 43 of them for 466 yards and two touchdowns as he led his team to the greatest Super Bowl comeback of all-time. Undoubtedly the most impressive win of his career. For his efforts, Brady garnered his record fourth Super Bowl MVP award.