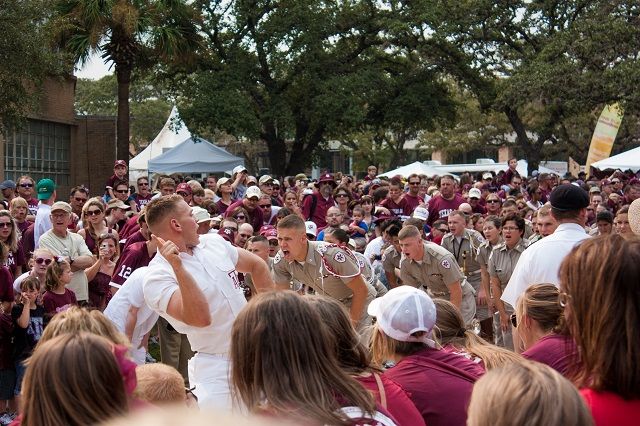 Though the 2019 team should be even better, A&M has one of the toughest schedules in college football. With games against Clemson, Alabama and Georgia, the Aggies face each of the only three teams to have played in the National Championship game in the last four years. And to make it even more challenging, they get Clemson and Georgia on the road.

If the team falls short this year, well then, there’s always a fantastic tailgate scene. Kyle Field accommodates nearly 103,000 fans making it the largest stadium in the SEC. It’s also one of the most intimidating stadiums in the country. From the 12th Man to the Corp of Cadets to Yell Leaders—not cheerleaders—the Aggies are all about tradition. “Howdy,” by the way!

Of course, we can’t leave out Midnight Yell Practice the night before every home game where as many as 40,000 people turn out for this late night party the stadium to get pumped up. Then, first thing Saturday morning, the smokers get stoked and, with this being Texas, the barbecue is out of this world. The aroma of ribs, brisket, chicken and pork butts fill the air hours before kickoff. To which we say, Gig ‘Em! 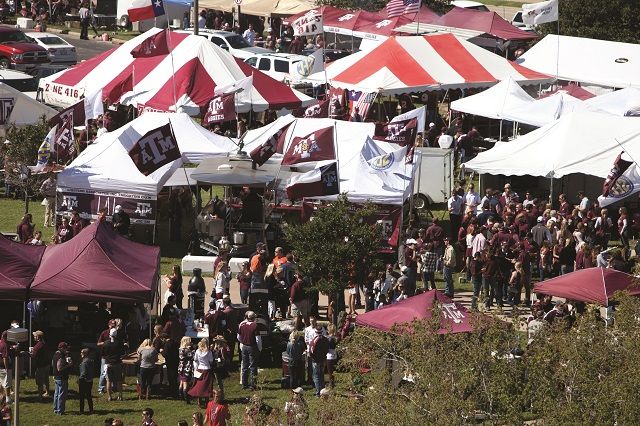