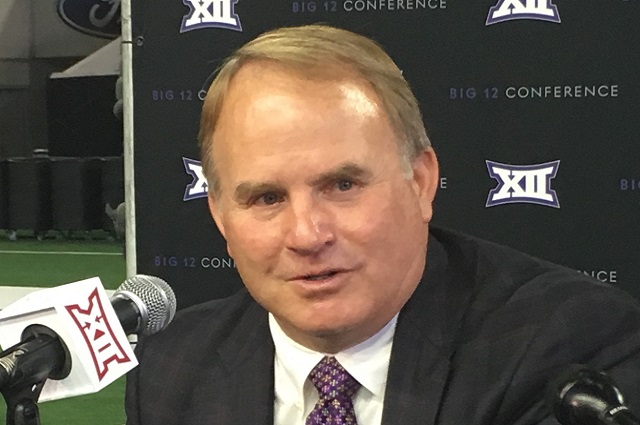 TCU coach Gary Patterson apologized Tuesday for repeating a racial slur when instructing a player to stop using the word in team meetings, which led to a group of players to skip practice Monday.

Horned Frogs linebacker Dylan Jordan accused Patterson on Twitter of using the slur during an incident Sunday in practice.

“I met with our Seniors and Leadership Council last night about how we move forward as a team, together,” Patterson said in a statement on Twitter. “We are committed as individuals and as a program to fighting racial injustice of any kind.

“I apologize for the use of a word that, in any context, is unacceptable. I have always encouraged our players to do better and be better and I must live by the same standards.”

Jordan, a redshirt freshman from Pittsburg, Kansas, wrote on social media that Patterson teased him about posting a photograph of his girlfriend on Twitter on National Girlfriend Day. Jordan said that when he confronted Patterson about calling him out in front his teammates, the coach allegedly said, “You’re a f—ing brat, I’ll send you back to Pitt.”

Jordan wrote on Twitter that he responded, “For what, I ain’t did nothin’.”

Then Patterson accused Jordan of using the slur in the team meeting room, according to Jordan. Some TCU players accused Jordan on Twitter of omitting the context of Patterson’s use of the word.

“It ain’t [about] calling me the n- word…. that never happened… it’s [about] the fact that it’s not acceptable to be said regardless context…,” Jordan tweeted.

TCU center Kellton Hollins said on Twitter that the team’s leadership council had met with Patterson and informed him that using the slur in any context wasn’t acceptable.

In an email to TCU’s student media, university chancellor Victor Boschini wrote that Patterson didn’t use the slur against any player or group on the team.

“He said it trying to ask the players not to use it anymore,” Boschini wrote. “He has since apologized for doing so in this manner and said it was a teachable moment for him and many others.”

Patterson, 60, is the Horned Frogs’ all-time leader in victories with a 172-70 record heading into his 20th season at the school.