Spring Baseball In the Sunshine State 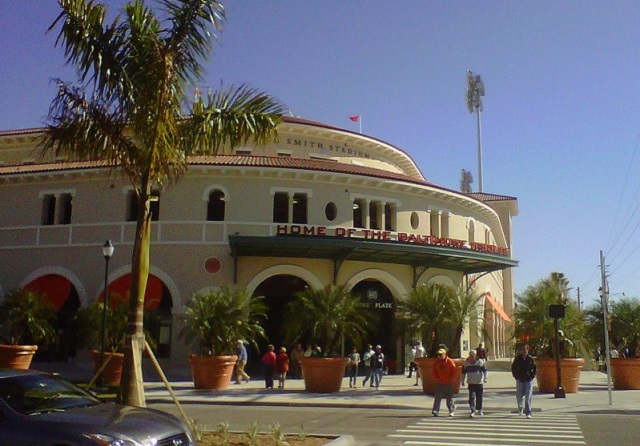 Spring Baseball In the Sunshine State

It’s March which, for many sports fans, means it’s time to pay attention to college basketball. However, for many others, March means baseball. Spring training games are already underway in Arizona and Florida, so it’s a great time to load up to RV and get close-up views of baseball’s hottest stars as well as the game’s young hopefuls. In this installment of the Tailgater Magazine blog, we look at some of the best stadiums to see a spring training game in Florida’s Grapefruit League.

Commonly referred to as “The Stadium No One Wanted”, Ed Smith Stadium consistently ranks among the top venues among spring training fans. It’s also had one of the more bizarre histories of any spring training stadiums.

Built in 1989, the 8,500 seat stadium has been the home of the Chicago White Sox, the Orioles (1991), and the Cincinnati Reds. The stadium sat empty for a year in 2009, before the Orioles moved back to the park in 2010. A $31 million renovation in 2011 added two concourses, a cafe, and 100 televisions located throughout the stadium with an architectural design that is vintage south Florida. 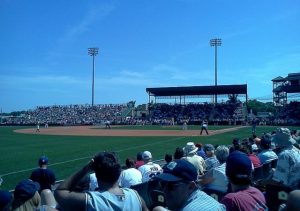 Often referred to as Florida’s version of Fenway Park, LECOM Park was showing its age by the 1990s and early aughts. In 2012, Bradenton officials approved $7.5 million in renovations to the park which included many significant upgrades, including a 19,000 square foot boardwalk spanning the stadium’s outfield. Other improvements include expanded fan plazas, enhanced sight lines, and even a tiki bar. And, with a capacity of 8,500 LECOM Park is now the fourth largest baseball stadium in the Grapefruit League. 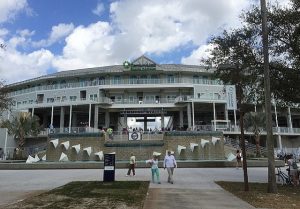 After undergoing a massive $45 million upgrade in 2015, Hammond Stadium – part of the CenturyLink Sports Complex in Ft. Myers, Florida – is now one of the largest stadiums in the Grapefruit League with a capacity of 9,500. Size, however, isn’t the only thing that makes this stadium special.

The park features a 360-degree boardwalk beyond the outfield, a beer garden, and a large waterfall greeting fans outside the ballpark’s entrance. Hammond Stadium is also known for its innovative food choices, like the Richard Simmons burger, beer shakes (you read that correctly), and a shrimp boil at the main entrance. 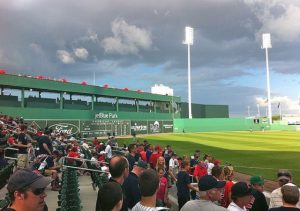 Competing for the title of “Fenway South” https://www.mlb.com/redsox/spring-training/ballpark with LECOM Park, The BoSox’s spring training home really is a mini-Fenway in Fort Myers, Florida. One of the newer ballparks in the Grapefruit League, JetBlue Park at Fenway South opened in 2012 and has a hefty capacity of more than 10,000. Built to the exact, quirky specifications of the famed Fenway Park, JetBlue has a few quirks of its own, such as seating within the “Green Monster” in left field and a manual scoreboard once used in Boston.