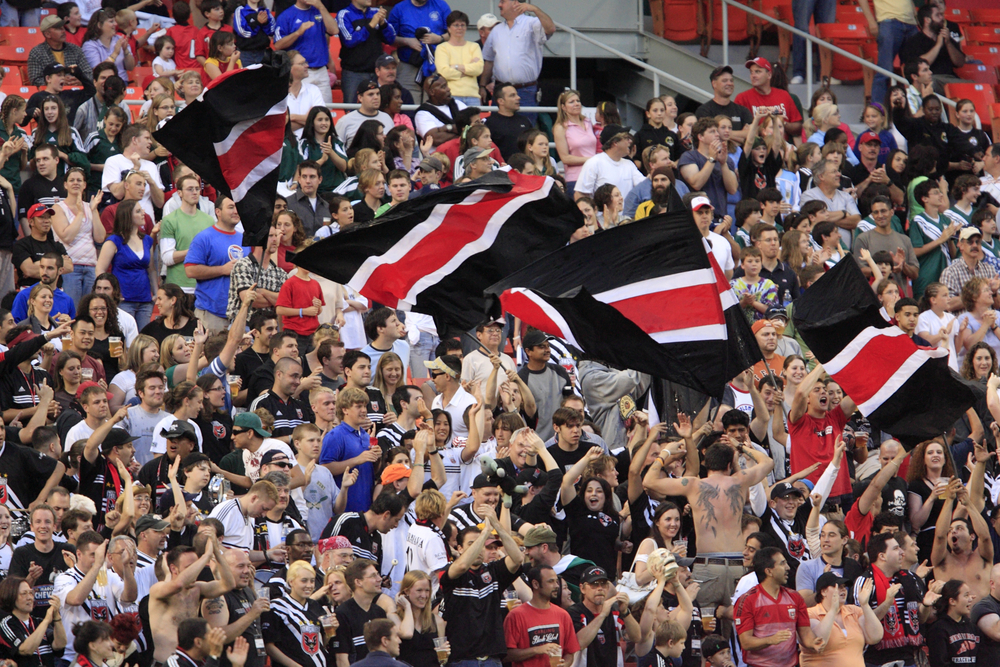 1. It’s our contribution to soccer culture
As the most popular sport by far in nearly the entire world, soccer is the rare game where we as Americans don’t more or less define the culture around it. Sports like (gridiron) football – and to a lesser extent, baseball – have pretty limited fan bases in most countries, and how we watch, support, and participate becomes synonymous with the game itself.
Tailgating is one of those uniquely American experiences. European stadiums are often located in city neighborhoods and other areas with limited space and an emphasis on public transit – so they tend to lack giant parking lots. Though plenty of fans flock to nearby bars, tailgating in the American sense isn’t an option in other parts of the world.

2 The sport embraces it
While Major League Soccer (MLS) struggled to fill stadiums in the league’s early days, attendance at soccer events is now on par with professional baseball, basketball, and hockey. In fact, more than 72,000 fans attended Atlanta United FC’s home opener on March 11, setting American attendance records as well as being the fourth-largest soccer crowd in the world for the weekend.
A quick online search is all you need to find dozens of MLS teams detailing their home-game tailgating policies. You’ll be in the good company of tons of like-minded fan partying with good food on the grill, plenty of craft beer, and an atmosphere full of club chants, songs, and almost rabid passion for the hometown club.

3 It’s evolving fast
Soccer’s national popularity on the upswing in the last few years, hitting a peak following the U.S. Men’s Soccer Team success in 2014 World Cup (we won’t discuss the team’s failure to qualify for the 2018 World Cup in this post. That means it’s a great time to get involved with a rapidly evolving tailgating culture. Football tailgating boasts a history going back over 140 years, and has changed substantially since the earliest days – who knows what the future holds for soccer? You could be there to help shape it.

Too many words to describe our season and our pride in our members, fellow supporters, and the club. Thank you @ATLUTD for kick starting our city with a new life with the beautiful game. ❤️ #WeReady for 2018

4. It’s happening everywhere
You don’t have to be in or travel to a major city to find soccer tailgating before a game. Amateur and semi-professional soccer clubs are drawing fans at head-turning numbers. For example, more than 18,000 fans attended an amateur game between New York Cosmos B and Chattanooga FC in Chattanooga of the National Premier Soccer League (NPSL). The team’s official fan club, the Chattahooligans, turn game day into in and around the city’s vibrant downtown. With 98 teams currently competing in the NPSL, 33 teams in the United Soccer League (USL), and 23 in MLS, there’s bound to be a soccer tailgate happening not too far from you as we speak! 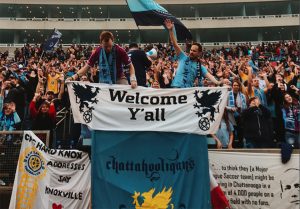