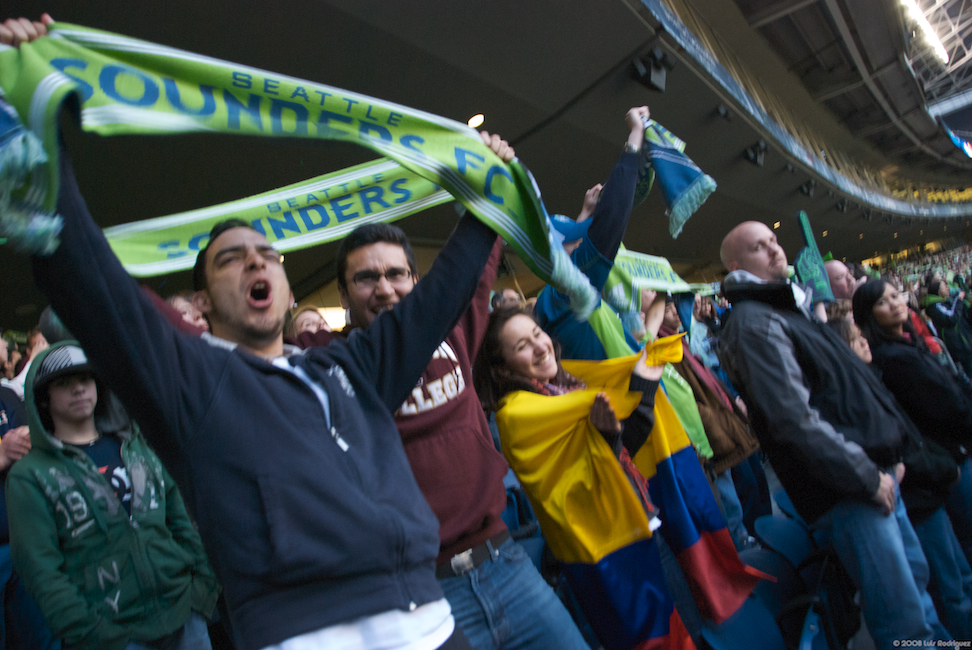 The 21st season of Major League Soccer (MLS) kicked off in early March as fans poured into stadiums across the nation. Two decades ago when MLS first launched, questions about the league’s long-term viability were well-founded. Today, however, the league is healthy teams have developed passionate and loyal fanbases that turn game day into a full-fledged tailgating festival. Interested to see how soccer fans party? Get a load these great fan bases in MLS. 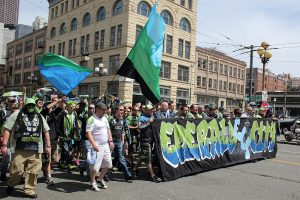 Since coming into the league in 2009, the Seattle Sounders have become one the great success stories in American professional soccer. The team led the league in attendance in their first year, averaging well over 40,000 fans per game, and held on to the attendance title for almost a decade. Their home stadium, CenturyLink Field is also ranked as the loudest stadium in the league, coming close to the seismic ruckus their hometown NFL brethren, the Seahawks, create in the same stadium.

The Sounder’s March to the Match tradition, a game day tradition complete with marching bands, homemade banners, and colorful smoke bombs rivals some of the more storied traditions in college football. The team’s fan club, the Emerald City Supporters, are fun and boisterous, leading fans in rowdy songs throughout each home game, including one every Tailgater reader can get behind: We Came To Drink. 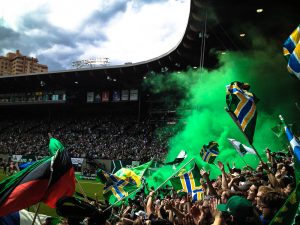 Regularly ranked in a tie as the best MLS fan base with their neighbors to the north Seattle, the Portland Timbers throw a unique game-day experience that can only be described as wild and wooly. The team’s mascot is a bearded outdoorsman wielding a chainsaw known to fans as Timber Joey. A tradition dating back to Portland’s first foray into professional soccer back in the 1970s, Timber cuts a slab from a huge log following each Timbers home goal.

The team’s stadium, Providence Park, also provides an interesting setting. Originally built in the late 1800s, the stadium has hosted college football, greyhound racing, and even cricket over the years, before hosting minor league baseball for three decades. Major improvements have turned the facility into one of the premiere soccer-only stadiums in the country. The team’s supporters, Timbers Army, are the largest fan group in the league, with over 5,000 paying members taking up most of the north end of the stadium on game days.

Hype to be back home! . Show us how you're repping ATL UTD using #5StripeFriday 🔴⚫️

Making their debut in the 2017 season, the game day atmosphere at Atlanta United FC games is a force to be reckoned with. Seriously, MLS officials uncorked a beast in the Peach State. Playing most of their first season in Bobby Dodd Stadium on the campus of Georgia Tech, Atlanta United’s were delayed moving into Mercedes Benz Stadium midway through the 2017 campaign. Despite the game of stadium fruit basket turnover, Atlanta United boasted an astounding 46,000 fans per game – highest in MLS history, and larger than any NBA, NHL or MLB franchise in the nation. Additionally, in September 2017, Atlanta drew more than 70,000 fans for a 3-3 draw with Orlando.

While game day traditions are still developing, there is no question that the game day atmosphere inside and outside the stadium rivals any pro or college team in the football-crazy Deep South. One tradition that is already taking hold, however, is the Golden Spike, signed by players and fans prior to games, carried into the stadium by fans, and hammered into a railroad platform in front of the supporters’ section by a player after each home game.