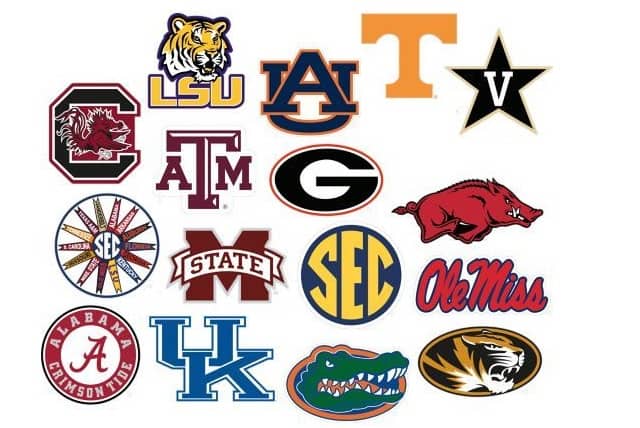 The smell of college gameday is in the air as we are just around the corner from another college football season. Last year was one of the most bizarre seasons ever played in the sport. It was followed by a summer of change with the new NIL rules and the Big 12 drama. Now, it will be wonderful to watch the action unfold on the field and not off it. In this Tailgater magazine series, we will be previewing each Power 5 Conference and today we focus on the SEC.

As always, the SEC was ultra-competitive in 2020.  They were one of the only conferences to play most of their games. Alabama continued their dominance, winning another National Championship under Nick Saban, their sixth since the 2009 season. The Tide steamrolled past Notre Dame and Ohio State for another ring and cemented themselves as the ultimate dynasty in college football history.

Right behind the Crimson Tide was Texas A&M.  The Aggies finished the regular season fifth in the CFP rankings, which disappointed a lot of fans that thought they should have been included in the championship tournament. Behind A&M came Florida, who for a while was ranked inside the Top-5 and looked like legit contenders before a tough loss to A&M. All in all, the SEC had three winners in New Year’s Six Bowl Games, the most from any conference.

Georgia’s slim win over Cincinnati set them up for good momentum entering a new season. An important thing to note from last year is that there was plenty of head coaching turnover at the end of the season with Auburn, South Carolina, Vanderbilt, and Tennessee all making changes.

I am not going to bore you and go with Alabama so I will choose two others. Georgia is my first team to watch. They should have one of the top defenses in not just the SEC but the entire country. They have a legitimate chance to win the SEC East this season, notching out Florida as long as they can get decent production out of quarterback JT Daniels who has some pressure on him to perform well this year.

Texas A&M is my other team to watch. Jimbo Fisher finally had a season in College Station that seems to make him remotely worth that lofty contract they gave him to leave Florida State. They must replace four offensive linemen that all went to the NFL, as well 3rd round pick Kellen Mond at quarterback.  That could be a challenge, but they have new recruits in place and a stud in Isiah Spiller at running back to make things fun.

Matt Corral is the guy I have my eye on this season. The Ole Miss QB had an impressive season in 2020, completing over 70 percent of passes while throwing for over 3300 yards and 29 touchdowns. He added over 500 yards on the ground and four scores. Sometimes Heisman winners are the ones we don’t expect, and that could be Corral.

Pick to Win the SEC

I am not a crazy man, so I will not make a crazy pick. Alabama has won the SEC six times since 2010 and I don’t see that stopping this season. The Crimson Tide could have another undefeated season with a fairly easy schedule.  October 9th in College Station could be their biggest test.