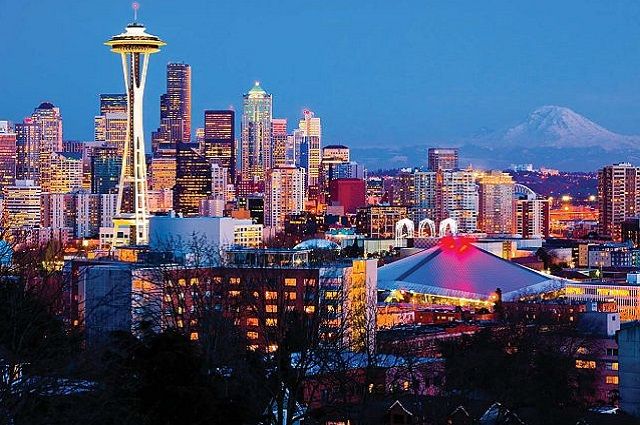 It may mist for almost half the year, but in Seattle, nothing’s clearer than their avid mania for sports.

Known as the Emerald City, Seattle with all its misty rain glimmers as the jewel of the Pacific Northwest amid breathtakingly beautiful views of mountains, water, and forests. Along with serving as the headquarters of famous mega-corporations, such as Microsoft, Starbucks, Nordstrom, and Amazon, Seattle is also home to some of the most enthusiastic sports fans. Whether it’s football, baseball, or soccer, the fans turn out en masse and make their voices heard. The result is a magical atmosphere that makes this city a sports-lover’s dream come true. 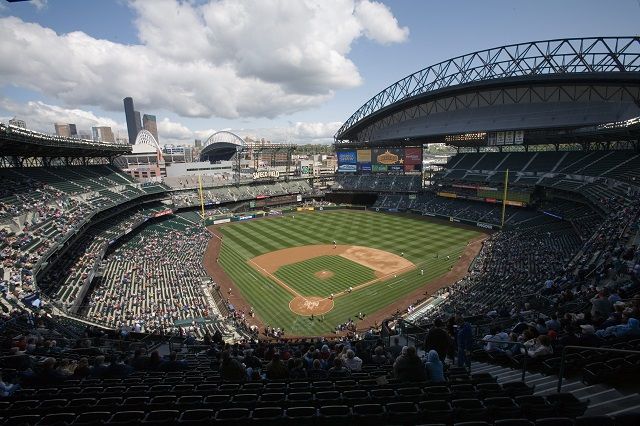 In 1977, Seattle won a Major League Baseball expansion team, the Mariners. The first years of the team were plagued with lopsided losing records and a revolving door of managers. However by the late 80s, things were looking up as Edgar Martinez, Jay Buhner and a new kid with a winning smile, Ken Griffey, Jr., arrived on the scene.

The Mariners gained a new face for the franchise in 2001 when Ichiro Suzuki came to town and led the M’s to a record-tying 116-win season.

Unfortunately, since that 2001 breakout season the team has posted a winning record in only seven of the last 17 seasons.  However, they still have six-time all star and former Cy Young award winner Felix Hernandez, known as King Felix, who’s been with the team for 15 years now. Despite his struggles the last few seasons, Hernandez is one of only 23 pitchers in baseball history to throw a perfect game.

His lengthy success spawned a new fan tradition. Section 150 is now dubbed the King’s Court in his honor. For $30, fans get a game ticket, a yellow Felix the King t-shirt, and a giant yellow “K” card. Whenever Felix throws a strike, the fans in Section 150 proudly hoist their “K” cards. At some point during the game, a Mariner employee decked out in a king’s fur cloak and crown bestows upon one of the Court a royal feast—a giant turkey leg devoured on the spot to raucous cheers. While the seats in section 150 may not be the best view for the game, the experience is something a die-hard baseball fan won’t want to miss. 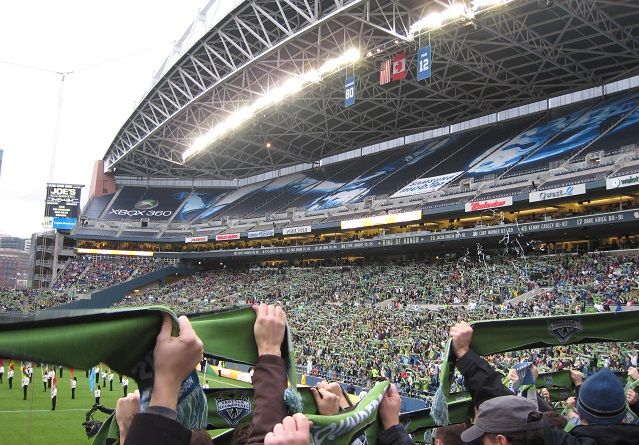 The Seattle Sounders came to town in 2007 and forged into a Major League Soccer expansion team in 2009. When the new team was announced, all 22,000 season ticket packages were sold, giving the Sounders more season ticketholders in its inaugural year than any other MLS club.

Since then, a string of successful seasons and star-studded rosters have only increased Sounders fever. It culminated in winning the 2016 MLS Cup Championship. They have the only marching band of its kind in MLS, called the Sound Wave, touting 52 members. The brass and percussion group were formed based on a recommendation by the Chairman of the Sounds FC Alliance, Drew Carey, the comedian, actor and host of “The Price Is Right.”

For each home game, the Sound Wave leads fans on the March to the Match from Occidental Park to field. Then, based in the north end of the stadium, the band acts as lead noise-, cheer- and chant-makers throughout the game.

Fan groups cluster throughout CenturyLink Field—also home to the Seahawks. The Emerald City Supports (ECS) is the largest of the groups. Seated in the south end of the stadium in sections 121-123, they’re next to the Gorilla FC in sections 119-120, and offset by the North End Faithful across the field in sections 100 and 144-152 under the Hawks Nest bar. On the east, gathers the Eastside Supporters in section 150, called The Pod. Though separated within the 72,000-seat stadium, the sections work as a united front when it comes to cheering for the Sounders, including the “boom, boom, clap” that echoes back and forth from each end of the stadium. 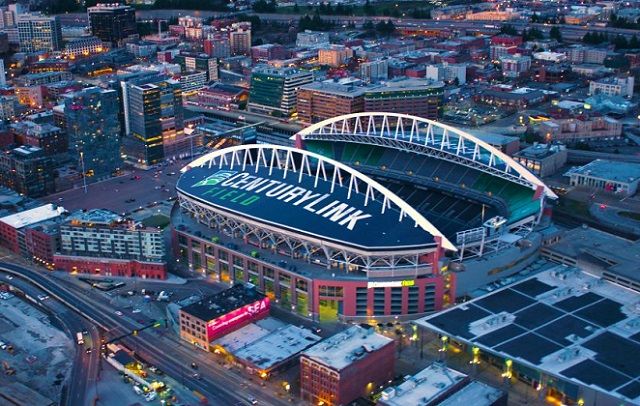 It took almost twenty years for Seattle to turn the dream of an NFL team into a reality. In 1974, the NFL awarded Seattle a team, and after receiving over 20,000 name suggestions, they became the Seahawks. They immediately sold over 59,000 season tickets for their first season which was 1976.

Their winning seasons, a Super Bowl win in 2014 against Denver with appearances in 2006 and 2015, and a cast of charismatic players have made the Seahawks a unifying thread for the entire city. Seattle had the feel-good story of the 2018 draft with their 5th round selection of Shaquem Griffin, who plays defense with only one hand and joins his twin brother, Shaquill, on the team.

When Seattle reaches the playoffs—which they’ve attained 17 times in their 42 seasons—the city’s visible support goes off the charts. Everywhere you look, you see how engrained the team is in the city’s psyche. At the Audi dealership, the Wi-Fi password is gohawks12. Fridays officially become Blue Friday, when people wear their Seahawks gear everywhere, including offices. Wearing Seahawks gear can get you a discount at the grocery store.

While they are not the originator of the fans being the twelfth player on the team, Seattle has taken it to a new level. During football season, a downtown office building strategically forms a “12” in lighted windows. School librarians arrange books in a 12. Fan jerseys are sold with the number 12. Even Seattle’s most iconic structure, the Space Needle, flies a 12th Man flag and bathes the entire structure in blue and green lights.

The 12’s are also known for their staggering amount of noise. Seattle has an ongoing rivalry with Kansas City for highest crowd noise decibel level, and the city retains the crown for most noise-induced false starts by the opponent.

Seattle fans also reach well beyond their three wildly popular outlets to drink in more sports. They host the Seattle Reign FC—a founding member of the ten-team National Women’s Soccer League. In basketball, their WNBA team, the Seattle Storm, has qualified for the playoffs in 14 of their 19 seasons and were 2018 WNBA champions, there third overall championship.  Back on the grass, the men’s professional rugby team, the Seattle Seawolves, have won back-to-back Major League Rugby Championships in 2018 and 2019. Or for something completely different but rampant in excitement, watch The Seattle Cascades—a professional ultimate disc team. Played with seven-member teams on a football-sized field, the Frisbee-based sport incorporates amazing throws and big plays with the field movement of soccer but at the pace of basketball.

So no matter what sport you crave, remember that though Seattle may be in the corner of the map, it’s smack center amid sports mania and fan intensity, making this Emerald City a glistening sport vacation destination.