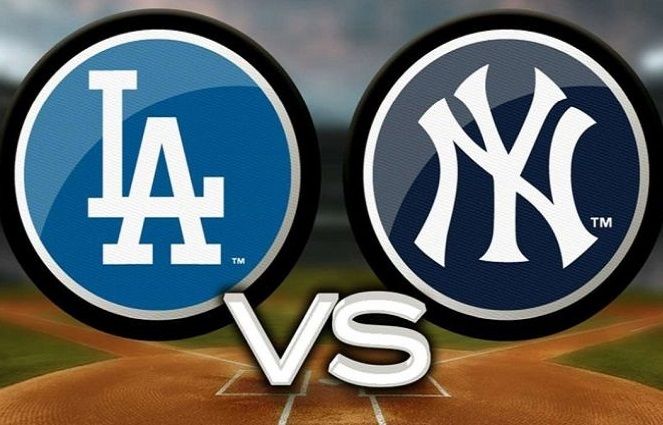 Having met 11 times previously, the New York Yankees and Los Angeles Dodgers are the consensus favorites to win the World Series.

In a season that promises to be like no other in Major League Baseball’s history, two teams that have played each other more times than any other pair of American and National league teams for the championship are the Vegas favorites to do so again.

The Yankees and Dodgers are co-favorites at 7-2 to win the World Series at Caesars Sportsbook. The Houston Astros are next at 11-1, followed by the Atlanta Braves and Minnesota Twins, who are each 15-1 at Caesars.

On Tuesday, MLB commissioner Rob Manfred announced a plan for a 60-game regular season that is expected to begin July 23 or July 24 and last until late September. Teams will play their four divisional opponents 10 times and five interleague opponents in the same geographical area four games apiece.

The playoff format remains the same as recent seasons, with 10 teams-three division winners and two wild-card teams from each league-reaching the postseason.

The condensed season and uncertainty caused by the coronavirus pandemic have oddsmakers wary of some long shots that could surprise.

“It would seem plausible to me that here will be money for some of the mid-range to longer-shot teams that might field young lineups — think Toronto –or hot-shot, young pitching that the league hasn’t seen much of yet,” Rex Beyers, senior oddsmaker for Caesars Sportsbook, told ESPN.

In addition to the Blue Jays, Beyers pointed to the Detroit Tigers and Colorado Rockies as examples of teams with longer odds that he expects will attract betting interest. The Blue Jays are 75-1, the Rockies are 100-1, and the Tigers are 250-1 at Caesars Sportsbook.

Some bettors have already taken early stabs on a few long shots to win the World Series. Bookmaker William Hill reported having taken a $1,000 bet on the San Francisco Giants at 125-1 and a $100 bet on the Baltimore Orioles at 1,000-1.

For now, though, the Yankees and Dodgers are the clear-cut favorites. Both teams added superstars during the offseason, with starting pitcher Gerrit Cole going to the Yankees and right fielder Mookie Bets joining the Dodgers.

The defending-champion Washington Nationals are 18-1, along with the Tampa Bay Rays.   The Chicago Cubs, Oakland Athletics and Cincinnati Reds are each 20-1.